“Supernatural” star Nicki Aycox died on Nov. 16 at age 47, her family has revealed.

“My beautiful, smart, fierce, incredibly talented, and loving sister-in-law, Nicki Aycox Raab, passed away yesterday with my brother, Matt Raab, by her side,” Aycox’s sister-in-law, Susan Raab Ceklosky, wrote in a Facebook post on Nov. 17. “Nicki and Matt had a wonderful life together in California. She was definitely a fighter and everyone who knew her loved her.”

Though a cause of death was not revealed, Aycox previously disclosed in a March 2021 Instagram post that she was diagnosed with leukemia.

“I became very ill thinking I had covid in Jan and Feb,” Aycox wrote at the time. “Well things came to a head. I ended up in a hospital diagnosed with Lukemeia. I want everyone to know I’m doing incredibly well and fighting my way thru chemo.”

In her last Instagram post back in March, Aycox uploaded a video of herself singing Whitesnake’s “Here I Go Again” from her hospital bed, along with the caption: #alwayskeepfighting STOP! DO NOT attempt to sing 80’s music after taking high doses of chemo. Will cause memory loss. Literally got not 1 lyric correct #cancersucks #chemosucks #aml #cityofhope #highdosechemo #luekemia #chemosideeffects #chemofunny #chemowarrior #cancerwarrior.” 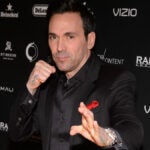 “Gutted to hear the great #NickiAycox, our first #MegMasters, passed away. Too young,” “Supernatural” creator Eric Kripke wrote in a Sunday tweet. “She was a delight & delivered lines like honey & venom. I marvel at how she made a simple word like ‘lackluster’ legendary.”

Her final acting credit was for the 2014 film “Dead on Campus.”