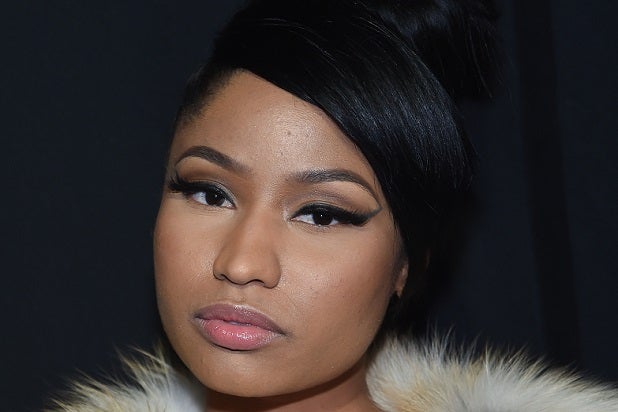 Nicki Minaj is in the spotlight — and not for topping the charts.

Rapper Minaj is catching heat from a human rights group for a scheduled Dec. 19 performance in Angola.

According to the Human Rights Foundation, Minaj has been booked to perform at the holiday party for communications company Unitel, which the organization says is controlled “by the family of dictator Jose Eduardo dos Santos.”

“ is a global artist. Millions of people look up to her for creative inspiration,” Human Rights Foundation president Thor Halvorssen said in a statement posted on its website Tuesday. “There is no good reason for her to do business with the corrupt Angolan dictatorship and endorse the ruler’s family company.”

According to the HRF, dos Santos “has ruled the southwestern African country of Angola with an iron fist for more than three decades.” The organization cites numerous examples of what it calls dos Santos’ “ruthlessness,” and notes that, this month, Angolan rapper Luaty Beirão was arrested and placed on trial “for the crime of studying a book on nonviolent resistance.”

“HRF hopes will cancel her trip and instead issue a statement of solidarity with those jailed this month for opposing the dictatorship including rapper and hip-hop artist Luaty Beirão,” Halvorssen said. “This would be a great way for Minaj to set herself apart from other celebrity recipients of dictator cash such as , Lionel Messi, Erykah Badu, , and Kanye West.”