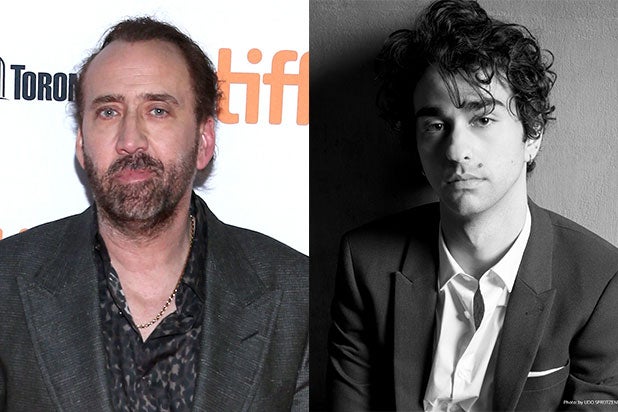 Nicolas Cage and Alex Wolff are set to star in Michael Sarnoski’s “Pig,” which is set to begin production on Monday.

Sarnoski, who wrote the script based on his and Vanessa Block’s story, will direct and produce.

“Pig” follows a truffle hunter (Cage), who lives alone in Oregon. When his foraging pig is kidnapped, he must head into Portland to recover her.

See Video: Alex Wolff Really Did Bleed From His Eyebrow During Scene From 'Human Capital'

“What began as a very personal project has transformed into a labor of love for so many talented people,” Sarnoski said in a statement. “I’m thrilled for us all to be bringing this strange world to life.”

Cage most recently starred in the Sundance title “Mandy,” and his upcoming projects include “Prisoners of the Ghostland” and “Color Out of Space.” He is represented by WME and Stride Management.

Wolff’s most recent credits include “Hereditary,” “Patriots Day” and “Jumanji: Welcome to the Jungle.” He will next be seen in “The Cat and the Moon,” which he also wrote and directed,” as well as “Jumanji: The Next Level,” “Castle in the Ground,” “Bad Education” and “Human Capital.” He is represented by CAA, Untitled and Definition-Entertainment.

Photographed by Steven Gerlich at Aesthesia Studios for TheWrap