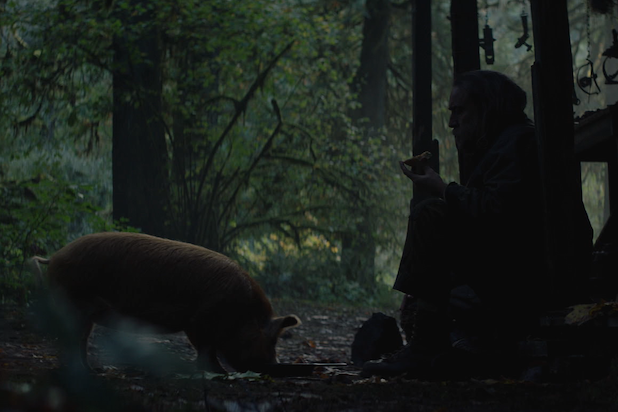 “Pig” started production in September and the filmmakers teased footage of the film at the Berlin Film Festival. Neon plans to release the film theatrically, with plans to be announced at a later date.

“Pig” follows a truffle hunter who lives alone in the Oregonian wilderness and must return to his past in Portland in search of his beloved foraging pig after she is kidnapped.

The thriller is based on a story from Sarnoski and Vanessa Block. Cage produced the film alongside Pulse Films, BlockBox Entertainment, Valparaiso Pictures and Cage’s Saturn Pictures.

Jeff Deutchman negotiated the deal for Neon with Endeavor Content on behalf of the filmmakers.

Despite the stoppage due to the coronavirus, Neon earlier this week also scooped up “She Dies Tomorrow,” the latest film from indie director Amy Seimetz that was meant to premiere at the SXSW Film Festival this month.

Beyond even the Best Picture-winning “Parasite,” Neon is behind the acclaimed “Portrait of a Lady on Fire,” which will be available for streaming on Hulu starting Friday. And along with Hulu the distributor set a record sale at Sundance for the Andy Samberg comedy “Palm Springs.”