Nicole Kidman eats photos, Cynthia Erivo is plagued by mysterious bites, Alison Brie solves her own murder, and Merritt Wever falls in love with a duck in the trailer for “Roar,” which Apple TV+ unveiled on Thursday.

The dark comedy anthology series, which premieres on Friday, April 15, is the first to be released under creators and co-showrunners Carly Mensch and Liz Flahive’s overall deal with Apple TV+.

Based on the short stories of Irish author Cecelia Ahern, each stand-alone episode features an ordinary woman in extraordinary circumstances, such as Betty Gilpin’s character literally being placed on a shelf like a trophy by her husband (Daniel Dae Kim). 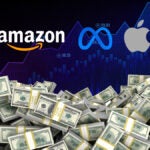