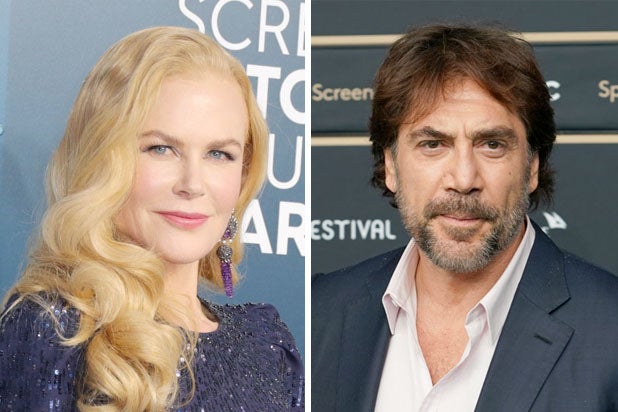 Nicole Kidman and Javier Bardem are in talks to play Hollywood power couple Lucille Ball and Desi Arnaz in “Being the Ricardos,” an upcoming Amazon drama being written and directed by Aaron Sorkin.

The film will follow Ball and Arnaz during a week of production on “I Love Lucy,” from table read to a shoot in front of a live studio audience. Along the way, the pair faces new challenges that could forever change their careers and their marriage.

Escape Artists will produce the film with Todd Black, Jason Blumenthal and Steve Tisch as producers and Jenna Block and David Bloomfield as executive producers. Ball and Arnaz’s children, Lucie Arnaz and Desi Arnaz Jr. will also serve as executive producers with Stuart Besser and Laurie Lohman. Due to the COVID-19 pandemic, a start date on production has not been set.

“Being the Ricardos” will be Sorkin’s third film as director following “Molly’s Game” and last year’s “The Trial of the Chicago 7,” the latter of which is expected to earn multiple Oscar nominations. Kidman, who most recently starred in HBO’s “The Undoing” and Ryan Murphy’s Netflix musical “The Prom,” will also star this year in “Nine Little Strangers” for Hulu and Robert Eggers’ “The Northman.” Bardem will star in Denis Villeneuve’s “Dune,” which will be day-and-date released in theaters and on HBO Max.