ABC is bringing in Niecy Nash to guest star in “The Rookie” in what could be a potential backdoor pilot for a spinoff series of the Nathan Fillon-led drama.

Nash will play Simone Clark over a two-episode span. Clark is a force of nature, the living embodiment of a dream deferred – and the oldest rookie in the FBI Academy.

In the episode, Officer John Nolan (Nathan Fillion) and the LA division of the FBI enlist the help of FBI trainee Simone Clark when one of her former students is suspected of terrorism following an explosion at a local power station. 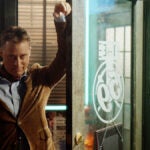 Nash’s episodes set the stage for a potential untitled spinoff next season allowing the franchise to expand beyond the Los Angeles Police Department. “The Rookie” and the spinoff will exist in the same universe, allowing characters to move back and forth.

“I’m so excited to guest star on ‘The Rookie’ and bring Simone Clark to life! She is a spirited and spicy fish out of water,” said Nash. “The cast is amazing and I can’t wait to play!”

Nash most recently starred on TNT’s “Claws” which just aired its series finale.