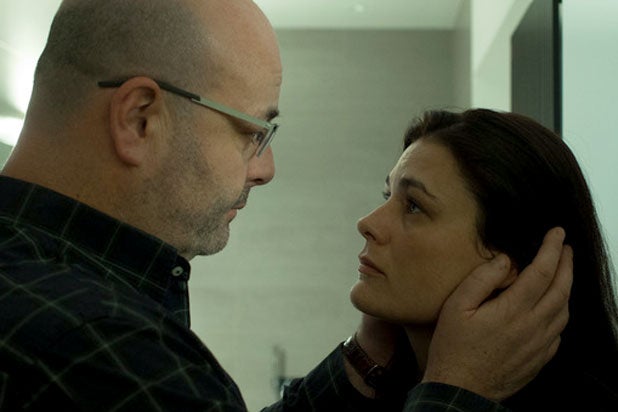 It’s the conspiracies you don’t see that are the most frightening ones, and the presence of invisible enemies imbues the Slovenian thriller “Nightlife” (“Nocno zivljenje”) with a constant sense of dread. Director Damjan Kozole (“A Call Girl,” “Spare Parts”) doesn’t quite deliver the heft of similar films that have emerged from the recent Romanian New Wave — “The Death of Mr. Lazarescu” and “Police, Adjective” both came to mind as I was watching — but he and editors Jurij Moskon and Ivo Trajkov keep the storytelling suspenseful.

Criminal lawyer Milan (Jernej Sugman) has just succeeded in getting his client released on a legal technicality. (We never learn the details of who the suspect was or what he did, but occasional references in the dialogue indicate that it was pretty terrible and that his guilt was clear-cut.) Not long after a somewhat awkward dinner with his estranged wife Lea (Pia Zemljic), Milan is found on the street, gravely injured, by a group of cyclists. 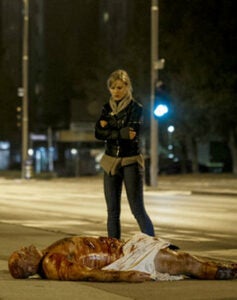 It’s a story that unfolds over the course of one unsettling evening, and as Kozole and co-writers Ognjen Svilicic and Ursa Menart send Lea to various shady areas of the city to piece together the evening’s events leading up to the anonymous political hit job on her husband, cinematographer Miladin Colakovic takes full advantage of the harshly bright streetlights and long hospital corridors to accentuate the film’s feeling of dread and sleeplessness.

Zemljic spends most of the film front and center, and the movie wisely relies upon her to be our eyes and ears and insight into the story. It’s not a showy performance, by any means, but she earns our empathy, putting herself at risk for a husband with whom she’s not even living at the moment. We sense the discord in their relationship over that dinner scene, but once Milan needs her, she is dogged in her sense of duty and willingness to put everything on the line to come to his aid.

“Nightlife” isn’t the sort of movie that hits the action or plot beats you might expect in a more Western-influenced film, but at a brisk 85 minutes, it never drags or threatens to wear out its welcome. Kozole’s work hasn’t been seen much in the U.S. outside of festivals, but this is a film accessible enough to garner him a deserved viewership stateside.