Nikole Hannah-Jones announced Tuesday she rejected the University of North Carolina’s offer of tenure to become the inaugural Knight Chair in Race and Reporting at Howard University.

She made the announcement on “CBS This Morning” after weeks of confusion over her tenure offer at UNC, which was initially revoked. Critics accused the school of bending to pressure from those who don’t like her Pulitzer-winning work, “The 1619 Project.”

She called it a “difficult decision,” but told CBS News’ Gayle King, “Look what it took to get tenure. This was a position that since the 1980s came with tenure. The Knight Chairs are designed for professional journalists who are working in the field to come into academia and every other chair before me, who also happened to be white, received that position with tenure.” 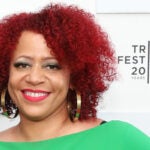 UNC-Chapel Hill’s board voted last Wednesday 9-4 to approve her tenure. She was originally hired in April and intended to start her new role at UNC in July.

“To be denied it and to only have that vote occur on the last possible day at the last possible moment — after threat of legal action, after weeks of protests, after it became a national scandal — it’s just not something that I want anymore,” she said.

Prior to the board vote last month, Hannah-Jones announced that she would not begin her position as the university’s Knight Chair in Race and Investigative Journalism, as outlined in a letter from her legal team to the university. According to reports, sources said UNC trustees politically objected to her work and felt pressured by conservatives to prevent her from getting hired. The UNC-Chapel Hill Board of Trustees had declined to vote on tenure for Hannah-Jones and later offered her a five-year fixed term contract. Previous candidates have been hired with tenure.