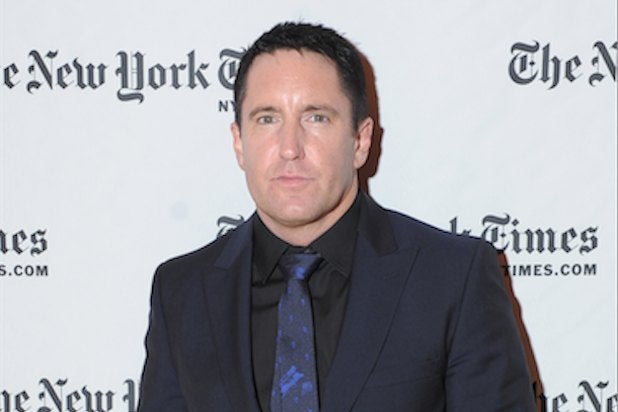 Get ready, Nine Inch Nails fans — you’re going to get what you deserve pretty soon.

Trent Reznor and company announced Friday that a new Nine Inch Nails EP, “Not the Actual Events,” will go on sale Dec. 23.

The five-song collection is “an unfriendly, fairly impenetrable record that we needed to make,” Reznor said. “It’s an EP because that ended up being the proper length to tell that story.”

The EP was recorded with Atticus Ross, Reznor’s collaborator on the soundtrack for “The Social Network” and now a member of Nine Inch Nails.

While not officially on sale until Dec. 23, “Not the Actual Events” can be pre-ordered at the group’s website. The EP can be pre-ordered in two formats, 180-gram, one-sided vinyl and a unique limited digital-plus-physical component version.

Nine Inch Nails also said Friday that it’s releasing a limited vinyl edition of the group’s classic 1999 album “The Fragile,” also set for a Dec. 23 release and currently available for pre-order. The revamped edition, created by Reznor and Ross, is a four-disc, 150-minute version that features 37 instrumental, alternate and unreleased tracks, many of which have never been heard before. The collection, titled “The Fragile: Deviations 1” will not be available on any digital services.

“‘The Fragile’ occupies a very interesting and intimate place in my heart,” Reznor said of the collection. “I was going through a turbulent time in my life when making it and revisiting it has become a form of therapy for me. As an experiment, I removed all the vocals from the record and found it became a truly changed experience that worked on a different yet compelling level. ‘The Fragile: Deviations 1’ represents Atticus and I embellishing the original record with a number of tracks from those sessions we didn’t use before. The result paints a complimentary but different picture we wanted to share.”