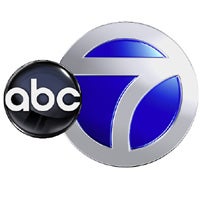 In the latest spat between television programmers and cable operators over fees, Disney is threatening to pull ABC from Cablevision in New York and select suburbs in the tri-state area.

Disney began running ads on WABC-TV Channel 7 in the region on Monday, warning customers that the signal may be pulled on Sunday “due to an unfortunate impasse in retrans negotiations.”

Disney says the ABC blackout would go into effect at 12:01 a.m. Sunday morning, and would affect 3.1 million customers. For New Yorkers planning their annual Oscars viewing parties, this would so not be cool.

The ads urged customers to a Web site, SaveABC7.com, and toll-free number (877-990-ABC7) for the network’s side of the dispute.

“Despite our best efforts, it has now become clear that Cablevision has no intention of coming to a fair agreement,” WABC president and general manager Rebecca Campbell said in a statement. “We can no longer sit back and allow Cablevision to use our shows for free while they continue to charge their customers for them."

"It is shocking that in these difficult economic times, ABC Disney is threatening to remove WABC unless Cablevision and its customers pay $40 million in new fees for programming it offers for free, both over-the-air and online." Cablevision executive VP Charles Schueler said in a statement. "It is not fair for ABC Disney to hold Cablevision customers hostage by forcing them to pay what amounts to a new TV tax."

Campbell continued: “We’ve worked too hard and invested too many millions of dollars in programming and community outreach, to be taken advantage of any longer — especially since our viewers can watch their favorite ABC7 shows free, over-the-air, or by switching to one of Cablevision’s competitors.”

ABC said that Cablevision charges customers “up to $18 each month for the broadcast basic tier,” which includes WABC, “and shares none of that with WABC-TV.”

The scuffle is just the latest in an ongoing battle between programmers and distributors. Late last year, Fox sparred with Time Warner Cable over retransmission fees — a highly publicized battle that drew the interest of Washington — eventually coming to a last minute deal before its signal was pulled in millions of U.S. homes.

Cablevision had a similar tussle with the Scripps Network that stretched into 2010. In that case, customers in New York lost access to HGTV and the Food Network for several weeks.

Disney’s agressive posture is not terribly surprising. Last month, Disney chief Robert Iger hinted that he was planning to squeeze more cash out of distributors for Disney content in 2010, calling it a “trend we fully intend to participate in.”

When asked directly whether he was prepared to pull Disney’s broadcast signal as Fox had threatened to do, Iger said: “We’re pretty resolute. We know the value of these stations, and the value in their local markets."