With nothing close to a breakout favorite like last year’s unconventional hit, "Precious," this year’s Sundance Film Festival laid bare an independent film landscape more fragmented and confused than ever.

Plenty of films sold, but none for premium prices. An experiment using YouTube went nowhere. The themes were familiar and so was the execution, from audience favorites like "happythankyoumoreplease" to the thriller-in-a-coffin, "Buried."

If those films were satisfying in their own right, there was nothing to choose from that seemed likely to match the national hunger for humor and diversion, a la "Napoleon Dynamite." 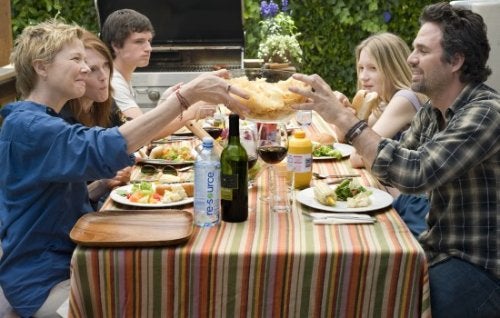 ere titles like the brutal "Killer Inside Me," which sold to IFC, and grand jury prize winner, "Winter’s Bone," about a grieving teen’s frantic search for her missing father, which sold to Roadside Attractions.

An attempt to take the festival into a digital future faltered. The  five films that the festival made available for rental garenered  no more than 1500 viewings over the course of two days. If that’s the best that Sundance can do for movies in the era of new media, than perhaps it should simply return to the old world distribution it knows best.

Audiences perked up for "The Kids Are All Right," a major Sundance buy for Focus Features about two lesbian mothers, their confused teenagers and the sperm donor that brought the family into existence. The movie features impressive performances for Julian Moore and Annette Bening as a believable middle-aged couple, but it works on a fairly basic sitcom level that makes it feel relatively similar to countless other Sundance breakout stories.

“I thought Sundance 2010 was a good year for the quality of films presented, but I doubt it will be remembered as a particularly strong acquisitions market,” said Tom Ortenberg, former president of theatrical films at Lionsgate and founder of the consulting firm One Way Out Media. “Given the films that were snapped up … I’m sure there will be a brisk after-market in terms of film sales."

There was lingering optimism within the ranks of the sellers, too.

"The filmmakers definitely brought a great batch of films and I was happy to see that the buyers seem to be stirring again," said filmmaker Amir Bar-Lev, whose "My Kid Could Paint" sold to Sony Pictures Classics out of the festival in 2007. His latest film, "The Tillman Story," is nearing a deal with The Weinstein Company.

The first big buy of the festival, "Buried," found a home early in the festival with Lionsgate, which shelled out a reported $3.2 million for the horror movie it hopes to release as soon as possible. Lionsgate, which attempted to abandon its association with the genre after "Hostel 2" flopped in 2007, decided to return to a familiar arena after nabbing "Precious" out of the 2009 festival.

While that decision paid off, no single film in this year’s program seemed to suggest the same sort of massive breakout potential destined for Lee Daniels’s portrait of Harlem strife from the moment it premiered at the festival. 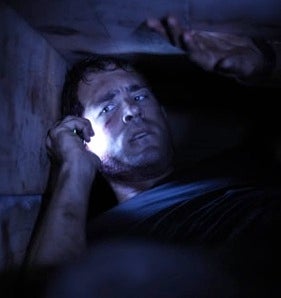 As a result, Lionsgate turned to a relatively secure alternative. "Buried" takes place entirely within the confines of a coffin, as Ryan Reynolds desperately attempts to escape — but the genre conventions of the movie feel relatively familiar, and "Buried" stands a good chance at turning a profit.

But if "Buried" provides the safest distribution possibility out of Sundance, "Winter’s Bone" could end up as the biggest challenge, despite its enthusiastic response. Roadside Attractions head of acquisitions  Dustin Smith expressed excitement over the movie’s prospects.

"It’s my favorite kind of independent film," he said, "one that’s not about aspiring writers who have trouble dating. It’s a tense thriller and a great detective story populated by strong, proud people who’ve always had to take care of themselves and wouldn’t want it any other way."

Then again, "Winter’s Bone" seems like a straightforward release when compared to the challenges ahead for IFC Films and Newmarket with their respective purchases, "Hesher" and "The Killer Inside Me." In the former, Joseph-Gordon Leavitt puts on his wildest performance ever as a maniacal rocker of unclear origins stalking a young suburban boy. The movie stands virtually no chance at appealing to mass audiences, although Gordon-Leavitt’s hilariously unhinged performance might gain a cult following.

No such luck for "The Killer Inside Me," Michael Winterbottom’s grisly adaptation of the 1950s novel that has raised the ire of many viewers for its graphic brutality toward women. The movie, which features Casey Affleck as a brutal serial killer, received an unprecedented negative reaction after its premiere — although that didn’t stop IFC Films from taking a gamble. Then again, "Killer" seems like a classic IFC buy, destined for life on VOD in addition to a fleeting theatrical release. Nothing new there.

"In many respects, Sundance is always the same," said Mark Urman, independent film consultant. "Movies you expect to be good, disappoint; the films you shy away from because they sound bad on paper turn out to be wonderful. Half the time you feel as of you’re in the wrong theater. That said, I thought the mood this year was high. Positive, not poisonous like last year. People seemed upbeat,

invigorated, inspired. If the independent arena is hard — and it still is — I think people are more prepared to do the work than they were in the past few years." 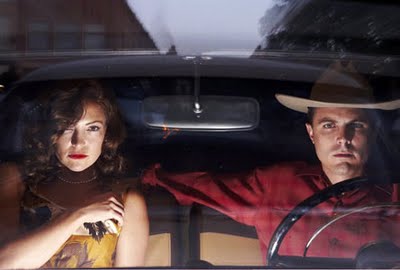 Harvey Weinstein is apparently prepared to do the work — or at least take some chances — as The Weinstein Company nabbed the well-liked romance "Blue Valentine" and negotiated for a deal to buy "The Tillman Story," Bar-Lev’s smartly edited documentary about a military cover-up.

Despite claims of "cinematic rebellion" throughout the festival, with these familiar deals, Sundance actually offered more of the same.

"The number of sales during the festival is almost exactly the same as last year," Roadside’s Smith said. "This year’s buys and prices seem to be all be pretty smart and in line with what reasonable expectations should be for these films. No one went crazy this year and made any foolish multi-million-dollar buys."