Norah O’Donnell said Tuesday she wouldn’t be the new “CBS Evening News” anchor if not for the network’s recent upheaval.

O’Donnell, who takes over on July 15 as the anchor of the network’s evening newscast, spoke at TheWrap’s Power Women Breakfast NYC about how CBS has changed its corporate culture since the ouster of CEO Les Moonves, “CBS This Morning” co-anchor Charlie Rose and others.

When TheWrap Editor-in-Chief Sharon Waxman asked directly if she would have gotten the gig without that upheaval, she responded, “I don’t even know how to answer that question… I don’t think so, I don’t think so.”

She added: “I would not have taken this job if Susan Zirinsky were not president,” referring to CBS News’ new leader, who replaced David Rhodes in January amid ratings woes as well as #MeToo issues. 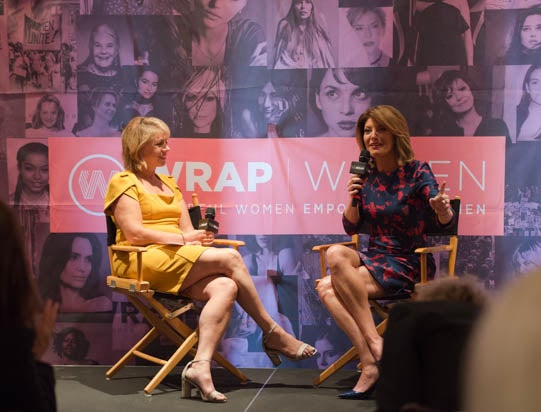 She credited Zirinsky for moving swiftly to make big changes at the network, including promoting her from “CBS This Morning” to anchor and managing editor of the weekday evening newscast. “It’s a new era at CBS News,” O’Donnell said. “It’s time to move on and do the work.”

O’Donnell also emphasized that she had been “treated very fairly” at the network, adding that she found journalism to be “a great field for women.”

She also defended the media from accusations of “fake news,” noting that in the age of smartphones, consumers have constant access to information. People are “bombarded,” she said, which is where journalists come in: The “filter” of journalists — as she said President George W. Bush called it — is designed to sort through the overload of information and pull out the facts.

CBS News, previously anchored by Jeff Glor, trails behind NBC and ABC in the evening broadcast ratings. Asked how she would define success in her new role, O’Donnell said: “The most trusted journalist in the America and around the world. That’s my hallmark.”

O’Donnell said she looked forward to a busy first news week, featuring her interview with Amazon CEO Jeff Bezos and a trip to Houston to mark the 50th anniversary of Apollo 11.

Tribeca Enterprises CEO Jane Rosenthal, who co-hosted with “Pretty Woman: The Muscial” executive producer Paula Wagner, delivered opening remarks addressing the challenges women face in the current political climate. “These are not normal times,” she said. “This is a call to action, our stories matter —  speaking up matters. When women win, everybody wins.”