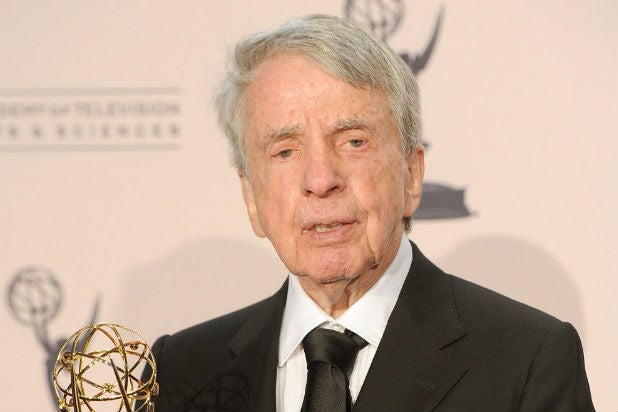 Norman R. Brokaw, a trailblazer in the agency world who rose the top of William Morris, is dead at 89.

The former executive suffered a long illness and passed on Saturday in Beverly Hills, his son David confirmed to the Associated Press.

Brokaw came up through the mailroom and represented clients like Marilyn Monroe, Elvis Presley and Clint Eastwood, according to his obit. He’s also credited with paving the way for a young Bill Cosby, negotiating a series of deals that would lead to “The Cosby Show.”

Cosby left WME for CAA in 2012 after a lengthy 48 years under Brokaw. The comedian and former NBC sitcom dad has been facing a yearslong sexual assault scandal from dozens of accusers, whose allegations contend Cosby drugged and / or violated them in various scenarios.

In August 2015, an unnamed client of attorney Gloria Allred claimed she was drugged and assaulted by Cosby at LA’s Hotel Bel Air while working as an assistant at William Morris — which raised questions about what his own reps, including Brokaw, knew of the alleged string of abuse.

“Any action my father, Norman Brokaw, has ever taken that I knew about was predicated on honesty, ethics and integrity for any client,” David Brokaw told the trade at the time.

Brokaw was an emeritus chairman of the William Morris Agency, which was merged with Endeavor to form WME in 2009. The agency is now run by Co-CEOs Ari Emanuel and Patrick Whitesell.

Brokaw himself told the story of his lucky break, in a book passage quotes on The Brokaw Company website, and it’s the sort of Hollywood lore historians and cinephiles go nuts for:

If you want to be in this business, there’s no greater place to learn than in a mailroom.

I got my job on Saturday, July 7, 1943. My mother and I were at her brother’s house–her brother being Johnny Hyde, one of the all-time top William Morris agents. He handled Lana Turner and Betty Hutton and Marilyn Monroe. He was a partner with Abe Lastfogel, who ran the company, and had himself started as William Morris Sr.’s mailboy and assistant.

Three things took place on that day. First, Johnny Hyde had just closed a deal for two moguls, Leo Spitz and Bill Goetz, and formed Universal-International Pictures. Later he told my mother, “There’s a young lady named Esther Kovner who’s going to be a big, big star, and I just made an important deal for her. She’ll be here shortly.”

I was inside having a sandwich, and when I came out, I saw this attractive young lady jump into the swimming pool. Her name was Esther Williams. She had just married Dr. Kovner.

Then Johnny asked if I’d like to go to work as a mail boy at William Morris.