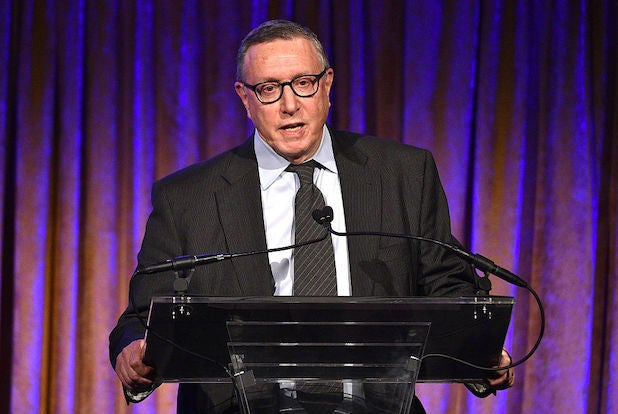 Los Angeles Times executive editor Norman Pearlstine asserted during a four-hour-plus town hall meeting on Wednesday that he would not resign despite mounting criticism leveled against the paper’s top management by current and former staff members over failures to address the lack of recruitment and retention of Black journalists and others from underrepresented groups.

“I certainly don’t think that any of the discussions we’ve had today would make me think I should. I’m sorry, I didn’t hear the question that way, but if that’s what people are asking, I’m not resigning,” Pearlstine said, according to a recording of the call obtained by TheWrap.

The Zoom town hall came a day after the Black Caucus of the paper’s guild sent a letter to the paper’s owner, Dr. Patrick Soon-Shiong, Pearlstine and managing editors Kimi Yoshino and Scott Kraft outlining a list of demands for a more representative newsroom. The letter was signed by 15 Black Caucus members and 183 other Guild members “in solidarity.” On social media, testimonies from current and former Black journalists were shared under the #BlackatLAT hashtag.

The meeting opened with Pearlstine speaking for roughly half an hour, where he admitted that until recently he thought that to be anti-racist meant being “color blind.” But the remainder of the meeting mainly focused on fielding questions from staff members to top management, which included concerns over the efficacy of a new senior editor position that would oversee staff development, recruitment, training and the newsroom’s Metpro fellowship program. (In a memo sent to staff earlier this month, reviewed by TheWrap, Pearlstine had announced the creation of the position as one of the “steps” toward “creating a more inclusive newsroom.”)

Numerous staffers also expressed their frustrations both on the call and in a 500-plus member newsroom Slack channel throughout the course of the meeting, according to messages reviewed by TheWrap. At one point in the meeting, top editors on the call — including Pearlstine, Yoshino, Kraft, deputy managing editors Julia Turner and Shelby Grad, and assistant managing editor Angel Rodriguez — apologized for failing to do better on hiring and retaining diverse staff members.

“I have realized, just as I’ve come to understand the difference between being not racist and anti-racist, that it’s, you know, I’ve always — I can’t think of a time that anyone on staff sought a meeting with me that I didn’t take, but that’s not sufficient to deal with the issues you’re talking about. What really has to be required is to be far more proactive than I was. It wasn’t that I was doing nothing, but that I wasn’t being proactive enough,” Pearlstine said.

When asked about a timeline for when top management would announce changes to address staffers’ concerns, Pearlstine said they’d be able to share something by the beginning of next week, according to the recording. He also said newsroom leaders would commit to meeting, one-on-one, with each member of the guild’s Black Caucus, as well as offer meetings with any individuals or groups who wanted to raise concerns.

A smaller group discussion on newsroom inequity is also expected to take place later this week.

“Management was apologetic, but they had very few firm deadlines for their next steps. The only way they can really fix these problems is through urgent and sustained action, and that will involve meeting the demands of the L.A. Times Guild’s Black Caucus,” Matt Pearce, an officer for the guild, told TheWrap.