Melissa Rosenberg has been on a seven-day-a-week work schedule for two years now, a time crunch about which she has no complaints. The executive producer of “Dexter,” whose fourth Showtime season premieres Sunday, is also writing the third “Twilight” movie, after finishing her script for the second film, “New Moon,” in time for its Nov. 20 release. Her screenplay for the original “Twilight” helped turn the then-obscure series of novels into a runaway smash hit for Summit Entertainment.

Rosenberg spoke with Eric Estrin about kismet, misguided nepotism and the easiest job she ever got. 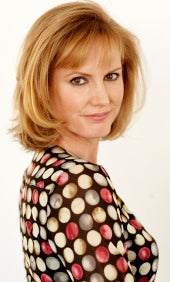 I went to USC’s Stark Program for producing, knowing that what I wanted to do was write but feeling like if I got some producing chops behind me as well, I would probably be pushed around a little bit less.

While I was at USC I was also spec’ing material, and I spec’ed a feature. So I thought, I have to get this feature to someone; I need an agent. So I found that in the list of alumni of the Stark program were four people who happened also to go to my undergraduate, Bennington College.

This was strikingly unusual because Bennington has a very small student body, and the Stark program graduates only 25 a year. So it was very odd that from these two very small schools, four people had crossed over.

One of them was Liz Glotzer, who was and is an executive at Castle Rock. So I contacted Liz, never having met her before, and I said, I’m an alumna from Bennington and Stark; would you read my material? She agreed to read it, and then I met with her. She said, I love this; we’re not gonna make it but let me help you get an agent.

Then “Misery” was opening and she got even busier than usual and completely dropped the ball. But her assistant called and said, Look, I read it too and I love it, and I know we’re not gonna make it but let me help you get an agent.

So her assistant calls some producer she knows and she sends it to someone from her office for coverage — I cannot remember the woman’s name — and I meet with her, and she says, I love this; we’re not gonna make it, but let me help you get an agent. So then finally that woman sends it to like four or five of her favorite boutique agents, and I call them to say I’m going to send the script, and before I’m even able to send it, they’re going, Get me that script, get it to me right away, I need you to send it this weekend, hurry, hurry!

I’m like, Wow, what did she tell them? This is fantastic! I send them the script, and then I go in to meet with one of them. Everyone in the agency wants to meet with me, and I’m going, This is amazing. And one of them says, Yeah, we just made a deal with your mother. And I’m going, Okay, my mother’s been dead 10 years, so you guys are great!

As it turned out, they thought I was Joan Rivers’ daughter, because her name was Melissa Rosenberg also. I had this nepotism going for me without being related to anyone.

Liz Glotzer knew I wasn’t Joan’s daughter, but her assistant didn’t, and her assistant told the other person, who told all the agents and that’s why they wanted to read me. But some of them actually did read the script, including someone over at the Irv Schechter Company, and they called.

I said, I’ve gotta tell you right away, I’m not Joan Rivers’ daughter, but they read it anyway and that was how I got my first agent.

The spec I had written was pretty good for the level I was at back then. It had a voice. It didn’t have a lot of craft, but it had a voice.

From there, I got out, and got my first writing assignment which was a dance movie for Paramount. I got that job partly because of my prior background as a dancer. That was at one point what I thought I was going to do with my life — become a dancer, but I wasn’t good enough to justify starving to death. But that one broken dream, if you want to be melodramatic, led to another one, which was this movie, which got me my very first credit and my entrée into the Writers Guild.

The movie unfortunately never got produced, but I was able to get work in television, and I worked steadily in television for a long time. At one point I was a co-executive producer on “The O.C.,” and it was while I was on that show that Erik Feig of Summit Entertainment called the executive producers, who he had a relationship with, and said, Hey, I’m looking for a writer who has “The O.C.” voice, and Dave Bartis with that company said, Well, give Melissa Rosenberg a try.

Whether I have “The O.C.” voice is debatable, but I went into that meeting, and it was kismet right away, because the movie they were talking about was another dance movie, “Step Up.” They didn’t know that I had previously been a dancer, and I didn’t know that I was going in to meet on a dance movie.

I wrote that movie for them, and it was a very successful experience. It was a very creative experience primarily. So when they got a hold of those “Twilight” properties, because of that previous experience, Erik called me — and it was basically the easiest job I ever got.