NPR walked back its story on Frito-Lay’s Flamin’ Hot Cheetos this week, thereby conceding that the Los Angeles Times’ look into the snack’s origins was more accurate.

“This episode centers on a claim that Richard Montañez invented a product that came to be known as Flamin’ Hot Cheetos. He claimed he and his wife inspired the seasoning that led to the chip we find on store shelves to this day. This is inaccurate,” says an editor’s note appended to the May 12 “Planet Money” episode that first delved into the crunchy treat’s history.

Here’s the thing: NPR and the Los Angeles Times both ran pieces this month about how the snack came to be. NPR attributed Flamin’ Hot Cheetos’ invention to self-proclaimed creator Richard Montañez. The Times put out a story saying Montañez didn’t invent them at all. PepsiCo, parent company of Frito-Lay, released a lengthy statement, too, which NPR pointed to in its own walk-back. 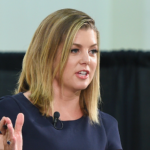 “Far from being an urban legend, Richard had a remarkable 40-plus-year career at PepsiCo and made an incredible impact on our business and employees and continues to serve as an inspiration today. His insights and ideas on how to better serve Hispanic consumers were invaluable and directly resulted in the success of Flamin’ Hot Cheetos. To be clear, we have no reason to doubt the stories he shares about taking the initiative to create new product ideas for the Cheetos brand, and pitching them to past PepsiCo leaders,” said the statement. “We also know there was a separate division team developing a spicy product offering for Cheetos and other snack brands that were tested in market and found their way into permanent products on store shelves, including Flamin’ Hot Cheetos.”

In its editor’s note, NPR conceded, “First, the timeline laid out in our episode is incorrect. Montañez told us he pitched an idea for hot Cheetos in a meeting in 1990. According to Patti Rueff, the person who set up that meeting, and Al Carey, a former executive who was in the meeting, it could not have happened before 1992. By that time, products had already been sold in the Midwest under the trademark Flamin’ Hot.”

So, this round goes to the Times.