An aide who had accused New York Governor Andrew Cuomo of groping her breast has filed a criminal complaint against him with the Albany County Sheriff’s Office, the office told TheWrap Friday.

The complaint was filed Thursday and is the first official report made with law enforcement over alleged sexual misconduct by Cuomo. The aide who filed the report had accused the governor of reaching under her shirt and fondling her breast while the two were alone together at the executive mansion last November.

The New York Post reported the victim was “Executive Assistant #1” in the sexual harassment report from Attorney General Letitia James.

The Albany Sheriff department confirmed to TheWrap that a report had been filed but declined to say more as its under investigation.

“As we said previously, we proactively made a referral nearly four months ago in accordance with state policies,” Richard Azzopardi, senior advisor and communications director for the governor’s office, said. He also referred to a statement from earlier this week in which Cuomo says that he never groped “Ms. X” and that the accusation is false. The governor earlier this week has denied all accusations against him.

The NY attorney general’s independent probe found that Cuomo had sexually harassed 11 women and that he retaliated against a former employee who accused him of harassment. James had said that he broke state and federal law and that he created “a hostile work environment.” Cuomo is also facing criminal probes in Manhattan and Westchester Counties. 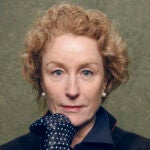 President Biden and New York City Mayor Bill de Blasio are among the Democratic political figures who have called on Cuomo to resign. But on Tuesday, the governor released a video statement saying he will not resign and did not ever touch anyone inappropriately.