Wordle, the hit online game in which once a day players get six chances to guess a five-letter word, has been acquired by The New York Times Company.

The purchase “reflects the growing importance of games, like crosswords and Spelling Bee, in the company’s quest to increase digital subscriptions to 10 million by 2025,” the publication said on Monday.

Wordle was acquired from its creator, Josh Wardle, a software engineer in Brooklyn, for a price “in the low seven figures,” The Times said. The company said the game would initially remain free to new and existing players.

“The Times remains focused on becoming the essential subscription for every English-speaking person seeking to understand and engage with the world,” a company statement said. “New York Times Games are a key part of that strategy.”

Wardle said in a statement: “If you’ve followed along with the story of Wordle, you’ll know that New York Times Games played a big part in its origins, and so this step feels very natural to me…I’ve long admired The Times’s approach to the quality of their games and the respect with which they treat their players. Their values are aligned with mine on these matters and I’m thrilled that they will be stewards of the game moving forward.”

Jonathan Knight, general manager of The New York Times Games, added in the statement: “If you’re like me, you probably wake up every morning thinking about Wordle, and savoring those precious moments of discovery, surprise and accomplishment. The game has done what so few games have done: It has captured our collective imagination and brought us all a little closer together.”

Knight added that Wordle “will have an exciting future with the help of a team of talented engineers, designers, editors and more, furthering the user experience.” 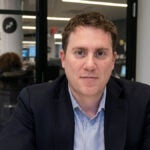 Wardle offered a fuller statement to his followers on Twitter on Monday:

“Since launching Wordle, I’ve been in awe of the response and the game has gotten bigger than I ever imagined. On the flip side, it has been a little overwhelming. I am just one person, and it is important to me that, as Wordle grows, it continues to provide a great experience to everyone. Given this, I am incredibly pleased to announce that I’ve reached an agreement with The New York Times for them to take over running Wordle going forward. If you’ve followed along with the story of Wordle, you’ll know that NYT games play a big part in its origins and so this step feels natural to me. I’ve long admired the NYT’s approach to their games and the respect with which they treat their players. Their values are aligned with mine on these matters and I’m thrilled that they will be stewards of the game moving forward. When the game moves to the NYT site, it will be free to play for everyone, and I am working with them to make sure your wins and streaks are preserved. Thank you all.”

The Wordle game, first released to the public in October 2021, now has “millions” of daily players, who currently may share their daily results with friends via text. The phenomenon has reached such a peak that it warranted a sketch in the cold open for a recent edition of “SNL.” Watch SNL’s James Austin Johnson as Trump playing Wordle in the YouTube video below: