New York Times publisher A.G. Sulzberger said he and other media executives demanded in a meeting with Attorney General Merrick Garland on Monday that the Department of Justice stop seizing journalists’ records during leak investigations, adding that “we will continue to push until our concerns are addressed.”

The statement comes after an off-the-record meeting on Monday between Garland and representatives from CNN, The New York Times and The Washington Post about the Department of Justice’s policies.

“In today’s meeting, we sought a full accounting of what happened and requested that the Department of Justice codify that it will no longer seize journalists’ records during leak investigations,” Sulzberger’s statement said. “We were encouraged by Attorney General Garland’s statements but we will continue to push until our concerns are addressed.”

According to the The Washington Post, Garland agreed in the meeting that the department needed “strong, durable rules” to protect journalists from government subpoenas.

“In the coming weeks the Attorney General will develop and distribute to the field a memo detailing the current policy,” the DOJ said in a statement. “The Attorney General committed to working with members of the news media to codify the memo setting out these new rules into regulation.”

Biden himself has called the practice “simply wrong.” 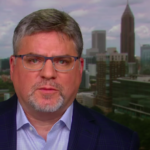 Democrats in Congress were also reportedly targeted by the leak investigations, including at least two members of the House Intelligence Committee. Garland has already committed to “evaluate and strengthen the department’s existing policies and procedures for obtaining records of the Legislative branch.”