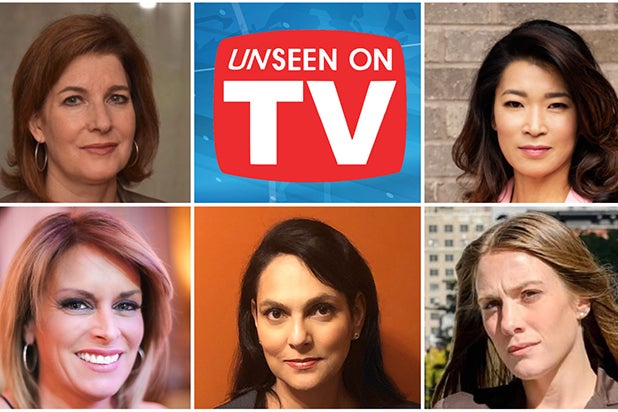 Five women anchors and reporters at NY1, a local New York station, have filed a lawsuit alleging they’ve been sidelined in favor of male colleagues and younger women.

Roma Torre, Kristen Shaughnessy, Jeanine Ramirez, Vivian Lee and Amanda Farinacci — who vary in age from 41 to 60 — filed a gender and age discrimination lawsuit in New York Wednesday against Charter Communications, which operates the NY1 station. The suit alleges that management at the station has repeatedly demonstrated a discriminatory bias against older women by passing them over in assignments and anchor time for younger, less experienced reporters.

Collectively, the five women have more than 100 years of experience at NY1.

“Women on TV should accurately reflect women in society and be celebrated at every age, not treated like decoration that can be disposed and replaced with a newer version,” the five women said in a joint statement. “We have poured our hearts and souls into our work at NY1, but in the end we have been left excluded, marginalized and vulnerable. We are fighting for ourselves and all other women who face this same struggle on a daily basis, and we hope to send a clear message to all news media across the country that this must change.”

The lawsuit asks the court for an order forcing NY1 to put the women in the positions they would have occupied but for [NY1’s] discriminatory and retaliatory treatment and otherwise unlawful conduct,” as well as compensation for “mental anguish, humiliation, embarrassment, stress and anxiety, emotional pain and suffering, and emotional distress.”

In its own statement, Charter Communications wrote: “We take these allegations seriously and as we complete our thorough review, we have not found any merit to them.  NY1 is a respectful and fair workplace and we’re committed to providing a work environment in which all our employees are valued and empowered.”