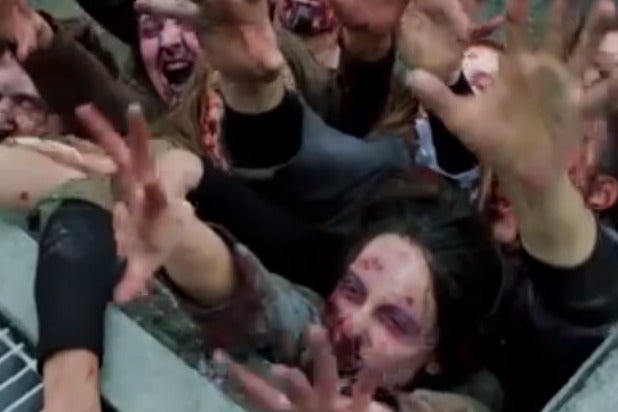 New York City’s Metropolitan Transit Authority says it is “deeply troubled” by a prank in which AMC’s “The Walking Dead” had people dressed as zombies hide beneath a grate and scare pedestrians.

“We are deeply troubled by this video,” an MTA spokesman told the New York Post. “We have forwarded it to the NYPD and are also conducting our own investigation.”

AMC circulated video of the stunt last week. We don’t want to say we told you so, but TheWrap pointed out on Friday that this was a dumb idea because it’s slippery out there and zombies scare people.

There was no comment from the MTA on the dead-eyed zombies who staff many of their subway booths, making unintelligible noises when you ask why the E train isn’t running again.

Watch video of the prank: