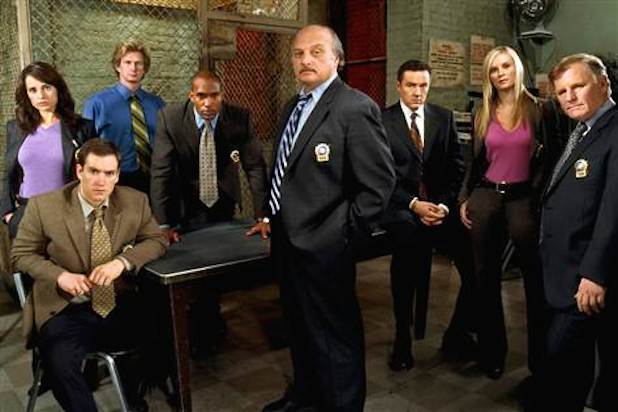 “NYPD Blue” stars Kim Delaney and Bill Brochtrup have signed on to reprise their roles in the “NYPD Blue” sequel pilot that is currently in the works at ABC.

Delaney will reprise her role as Det. Diane Russell, which she played on the original run of “NYPD Blue” beginning in its second season, serving as series regular for Seasons 3 through 8. Brochtrup first joined the show in a recurring capacity as administrative assistant John Irvin in Season 2, before being upped to series regular later in the show’s run.

Written and executive produced by original series writers Matt Olmstead and Nick Wootton, the new drama will center on Andy Sipowicz’s (Dennis Franz) son Theo as he tries to earn his detective shield and work in the 15th squad while investigating his father’s murder.

“SEAL Team” alum Alona Tal is attached to star in the drama, which was given a pilot production commitment last October, as Detective Nicole Lazarus.

Jesse Bochco, son of “NYPD Blue” co-creator Steven Bochco, who died in April after a long battle with leukemia, will direct and executive produce. Dayna Bochco, Steven’s widow, will produce the drama, which hails from ABC Studios and 20th Century Fox TV.

The original “NYPD Blue” ran for 12 seasons on ABC between 1993 and 2005. Praised for pushing the boundaries of serialization in television, the series is widely regarded as one of the most influential dramas in TV history. In total, the show earned 80 Emmy nominations and 20 wins, including a drama series win in 1995.