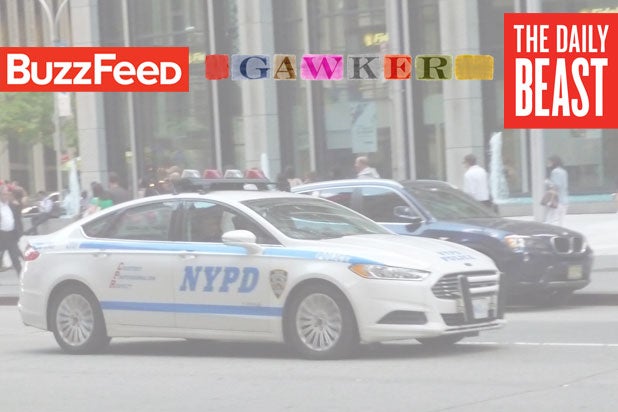 New York City-based media companies Gawker, BuzzFeed and The Daily Beast have received enhanced police security around their buildings in the aftermath of the Charlie Hebdo attacks in Paris.

“I want to send a note to let you know that the NYPD has advised us that they’re increasing patrols of media companies in light of some of the activity in Europe — and so you may see an increased police presence outside 210 Elizabeth Street,” Gawker Chief Operating Officer Scott Kidder wrote in a memo obtained by Jim Romenesko.

In a memo obtained by TheWrap, BuzzFeed’s human resources department also advised staffers about efforts to keep them safe.

“Security is not something we tend to comment on, but like many media companies, the NYPD stopped by our office last week for a routine check-in. We continually work to keep all of you safe, and if there is anything to actually be worried about, we will communicate that to you. Feel free to reach out if you have any questions,” the memo said.

All three outlets published several Charlie Hebdo cartoons, while legacy outlets including The New York Times, CNN and NBC News chose not to.

The Times, CNN, NBC News and The Huffington Post did not immediately respond to TheWrap‘s request regarding security at their respective headquarters.