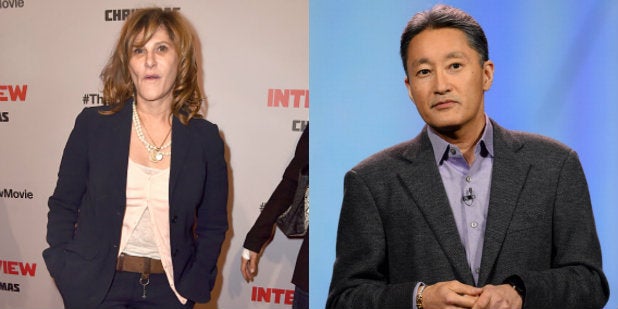 In an explosive front-page story The New York Times said Monday that Sony’s CEO Kazuo Hirai himself intervened to tone down elements of “The Interview,” and erased much doubt that North Korea has played a role in the paralyzing hack attack on the Hollywood studio.

The article, reported by nine contributors from around the world, amounts to a damning indictment of Sony Pictures Entertainment, suggesting that studio naivete lay the groundwork for catastrophe in making what was supposed to be a light buddy comedy with Seth Rogen and James Franco.

The article makes clear that Tokyo was seriously concerned about the implications of the movie, and that Hirai intervened in the moviemaking process for fear of reaction by North Korea for the first time since owning the movie studio.

“In one email, Mr. Hirai approves a newly altered assassination shot that had ‘no face melting, less fire in the hair, fewer embers on the face and the head explosion has been considerably obscured by the fire,’” the article reads – a sentence that requires re-reading to fully absorb.

According to the article: “Sony’s Japanese chief executive, Kazuo Hirai, broke with what Sony executives say was a 25-year tradition. He intervened in the decision making of his company’s usually autonomous Hollywood studio, Sony Pictures Entertainment.”

The article provides a graphic description of the assassination of Kim Jong-un in the movie, which according to the article originally involved the leader’s head exploding “when hit by a tank shell.” (Update: Bloomberg first reported on the back and forth around changing the death scene.)

After the insistence of Hirai last summer, this was reportedly toned down to “remove images of flaming hair and chunks of skull.”

The leaked emails from studio co-chairman Amy Pascal to Hirai show the Sony CEO also asked that the shot not be shown at all outside the United States. The film is not being shown in Asia at all.

: Also Read: Amy Pascal on Whether She’s So Damaged She Can No Longer Lead Sony (Exclusive)

Perhaps most damning in the article is the notion that Sony studio executives tread into untested territory with their decision to make a satire that depicted the live-action assassination of a sitting, sovereign leader.

“In the original version of the script that I got, it wasn’t Kim Jong-un,” Randall Park, who was cast in the role, told bloggers invited to the Vancouver set last year. “But I was told right before my audition that it was going to be Kim Jong-un.”

Pascal: “You have to appreciate the fact that we haven’t just dictated to you what it had to be. Given that I have never gotten one note on anything from our parent company in the entire 25 years that I have worked for them.”

Rogen pushed back: “This is now a story of Americans changing their movie to make North Koreans happy. That is a very damning story.”

As TheWrap has previously reported, the studio had already moved to distance the Sony name from the film, removing it from marketing materials last summer.

The revelations by the Times and earlier on Bloomberg greatly increase the pressure on the top executives at Sony Pictures. Last week TheWrap asked Pascal in an exclusive interview, “What has been the message from Tokyo,” to which she responded:  “Tokyo is very supportive.”