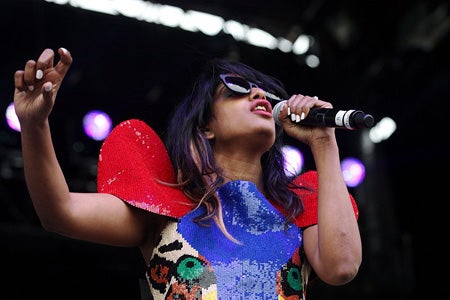 Following the controversy surrounding Lynn Hirschberg’s unflattering profile of Grammy-winning rapper M.I.A. in the Sunday New York Times Magazine – and M.I.A.’s tweeting of Hirschberg’s cellphone number and posting of leaked audio from one of the interviews from a restaurant where truffle-oil fries were ordered (which John Koblin neatly dubbed the “Truffle Kerfuffle”) – the Times has posted a correction to the article online:

The cover article in The Times Magazine on Sunday profiled the singer and political activist M.I.A. While discussing her efforts to draw attention to the civil war in her home country, Sri Lanka, she was quoted as saying: ‘I wasn’t trying to be like Bono. He’s not from Africa– I’m from there. I’m tired of pop stars who say, ‘Give peace a chance.’ I’d rather say, ‘Give war a chance.’ The whole point of going to the Grammys was to say, ‘Hey, 50,000 people are gonna die next month, and here’s your opportunity to help.’ And no one did.’

While M.I.A. did make those remarks, she did not make the entire statement at the same point in the interview, or in the order in which it was presented. The part that begins, ‘The whole point of going to the Grammys,’ up to the end of the quotation, actually came first. The part that begins, ‘I wasn’t trying to be like Bono,’ and ends, ‘Give war a chance,’ came later in the same interview. The article should have made clear that the two quotations came from different parts of the interview.

My take: Ordinarily, I’d probably give Hirschberg a pass for slinging together a few quotes to make a singular coherent one from M.I.A. – and the Times for letting readers know this was the case. But given the sheer volume of the profile – 8,164 words! – both the Times and Hirschberg had plenty of room to maneuver.

As far as the fries go, sure, Hirschberg led M.I.A. to them, and she should’ve made that clear in the piece, too. (How M.I.A. managed to record the interview without Hirschberg knowing, that’s a bit of a mystery, too.) But we are talking about delicious truffle fries here, no? Why wouldn’t you order them for your subject?

M.I.A. Lashes Out at NYT, Tweets Reporter’s Cellphone Number
M.I.A. Is at It Again With Anti-Hirschberg Song