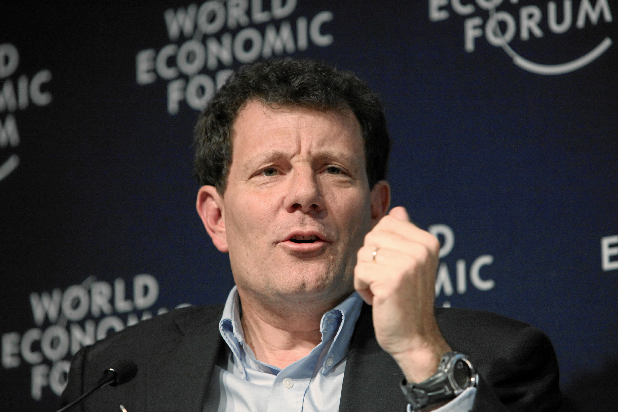 New York Times public editor Margaret Sullivan wrote a post Monday expressing ethical concerns about the placement of a letter written by Woody Allen’s estranged daughter, Dylan Farrow, that accused the director of sexual abuse when she was a child.

Sullivan quoted a letter from a reader questioning why the the letter was posted on the New York Times columnist Nicholas Kristof’s blog:

I have long been an admirer of Nicholas Kristof’s columns. I cannot say that I object to his column on Dylan Farrow and Woody Allen. But I write to ask about the propriety of publishing largely one-sided columns assailing a lone individual. The writers who are permitted to “columnize” for The Times have a tremendously influential platform, and I wonder whether they should use that platform to advocate on behalf of personal friends, as Mr. Kristof did yesterday. If Dylan Farrow wishes to publish an open letter about her allegations, there are ample forums in this internet age. Should The Times and Mr. Kristof lend their credibility to her argument against Woody Allen?

I cannot possibly know what actually transpired between Woody Allen and Dylan Farrow — no one can. Initially, I was strongly inclined to accept her account of being sexually abused. But Robert B. Weide’s recent column in “The Daily Beast” raises significant questions about the veracity of her childhood testimony and the acrimonious falling out between Woody Allen and Mia Farrow.

I am not a journalist. I do sometimes teach courses on ethics. I know that public figures are fair game. So I write simply to ask about the wisdom and propriety of these ad hominem columns, which assail particular individuals and champion others. A couple weeks ago, Bill Keller published a controversial column about cancer and dying. Personally, I agreed with his larger point about how to die a good death. But his criticisms of cancer patient Lisa Bonchek Adams and his paean to his own father in-law seemed ad hominem.

While Sullivan acknowledged that she admired Kristof’s work and appreciated that he was upfront about his relationship with Dylan’s mother Mia Farrow, she still expressed serious reservations about the piece.

“I am troubled by the same questions raised here by Dr. Rasmussen,” Sullivan wrote.

She also linked to an article in The Daily Beast, written by Allen supporter Robert Weide, that was critical of Mia Farrow and her family’s allegations against Allen.

“I urge those who who have not yet done so to read Mr. Weide’s illuminating article. It provides essential context,” she concluded.

The Wrap has reached out to Kristof for comment.