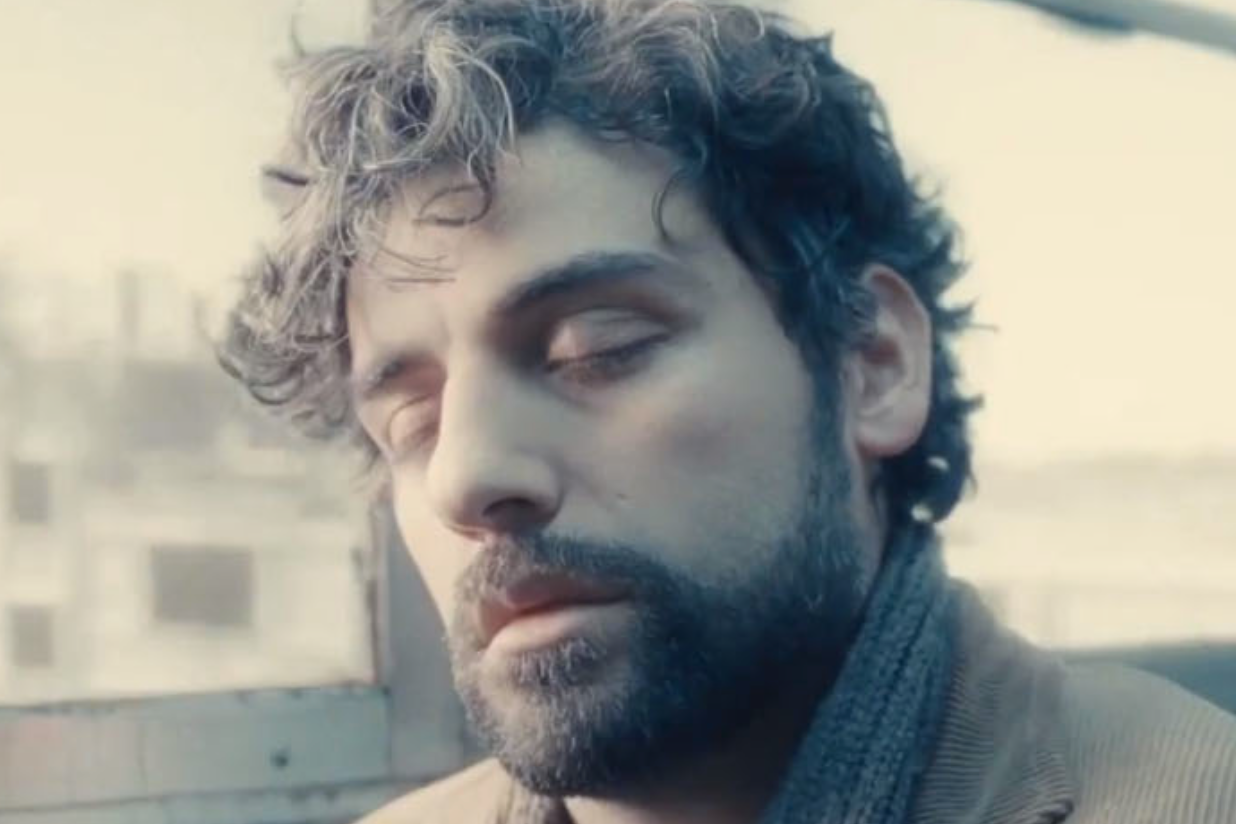 A.O. Scott’s musings are a familiar, oft-excerpted presence in television and print spots for various movies.

But an unorthodox advertisement for “Inside Llewyn Davis” in Saturday’s New York Times seemed to catch the paper’s chief film critic off guard. Not because it referenced Scott’s rave review of the picture, but because it quoted a tweet he had composed about the film’s soundtrack.

The full-page spot in the Times’ print edition is basically a blank page, with a screen shot of Scott’s tweet cutting through the white.

“I’m gonna listen to the Llewyn Davis album again. Fare thee well, my honeys,” Scott’s tweet reads. At the bottom of the page are the words “The best picture of the year,” a judgment Scott offered up in his year-end assessment of 2013’s film slate.

A spokesperson for CBS Films, which is releasing the Coen Brothers’ musical drama, did not immediately respond to a request for comment, nor did Scott.  However, on Twitter the critic seemed amused and slightly puzzled that his tweets are now fair game when it comes to cooking up commercials.

“We have reached a strange new place in marketing when tweets become full-page print ads,” Scott tweeted, adding, “‘I think you’d like this movie’ –A.O. Scott, phone conversation with his mother.”

He went on to tweet that he was under the impression that unlike a blurb or a pull-quote he “Always thought of Twitter (perhaps naively) as something different.”

In true Hollywood tradition, Scott’s tweet is edited. His original message from Dec. 30 was “You all keep fighting about Wolf of Wall Street and Am Hustle. I’m gonna listen to the Llewyn Davis album again. Fare thee well, my honeys.”

“Inside Llewyn Davis” follows a struggling folk singer in 1960s’ Greenwich Village, just prior to Bob Dylan‘s emergence on the music scene.

In his review, Scott called the film, an “intoxicating ramble,” which, if it hasn’t already, seems pretty likely to turn up in an ad for the picture. Unless, of course, he tweets something pithier.