Former president Barack Obama outlined why there is cause for “worry” after watching Republican leadership rally behind former president Donald Trump and the lie that the 2020 election was stolen, placing some blame on right-wing media.

During an interview with CNN’s Anderson Cooper that aired Monday, Obama agreed that Republicans did briefly speak out against Trump following the deadly Jan. 6 attack on the Capitol by some of his supporters, but the dissension was short-lived: “And then — poof — suddenly, everybody was back in line.” 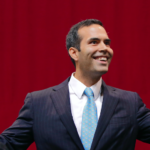 Obama amended himself, adding, I won’t say ‘nobody.’ Let me correct it. There were some very brave people who did their jobs, like the secretary of state in Georgia who was then viciously attacked for it. All those congressmen started looking around and they said, ‘You know what? I’ll lose my job. I’ll get voted out of office.’ Another way of saying this is I didn’t expect that there would be so few people who would say, ‘I don’t mind losing my office because this is too important. America is too important. Our democracy is too important.’ We didn’t see that. I’m still the hope-and-change guy so my hope is that the tides will turn but that does require each of us to understand that this experiment in democracy is not self-executing. It doesn’t happen just automatically.”

At another point in the hour-long chat, Obama elaborated on issues he sees in media coverage of political issues.

“Certain right-wing venues,” he said, “monetize and capitalize on stoking the fear and resentment of a white population that is witnessing a changing America and seeing demographic changes and do everything they can to give people a sense that their way of life is threatened and that people are trying to take advantage of them.”

He attributed this to the decline of local news outlets and the “nationalization” of news and politics.

“You know, you used to have a bunch of local newspapers, local TV stations. People weren’t having these highly ideological debates, but they were kinda more focused on what’s happening day to day,” the two-term president mused.

Watch part of the interview below, via CNN.