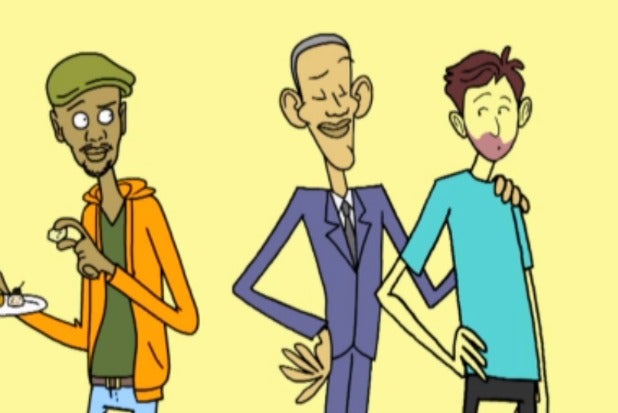 President Obama once got in a zinger at Dave Chappelle‘s expense, “Chappelle’s Show” co-creator Neal Brennan says in his new standup special.

In “Women and Black Dudes,” premiering Saturday on Comedy Central, Brennan says he met the president and first lady at the White House Correspondents dinner in 2011. (It was the night before Obama ordered the killing of Osama bin Laden.)

When Brennan told Barack and Michelle Obama he co-created “Chappelle’s Show,” he said President Obama told him: “Oh man. We love that show. In fact, that’s gotta be considered one of the greatest shows of all time.”

“Chappelle’s Show” came to an early end when Chappelle decided not to do it anymore. The president, the first lady, and Brennan commiserated over the show’s demise, and later Brennan took a picture with the president.

Brennan said he asked Obama, “God, man, this is all so weird. Do you ever get used to this?”

“And he goes, ‘Nope,'” Brennan said. “And then I swear to God, he goes, ‘But you know, I can’t just up and retire like Dave Chappelle did.'”

Note: No attempt has been made to waste the time of the people involved asking if this actually happened exactly like Brennan says it did. But it’s a funny routine.

Watch the story, with animation from CC: Studios: