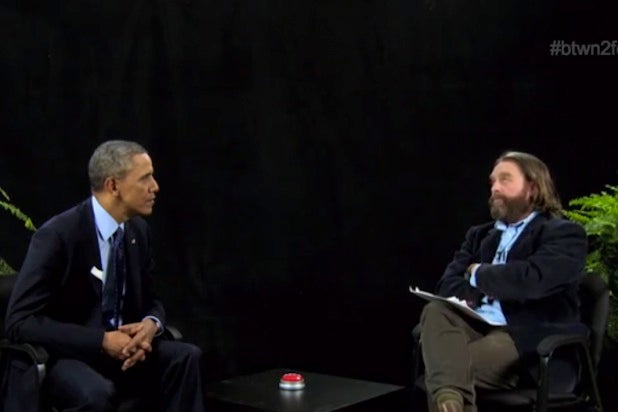 President Obama takes issue with Bill O’Reilly‘s claim that President Lincoln would never have done the “Funny or Die” segment “Between Two Ferns.”

“First of all, if you read back on Lincoln, he loved telling the occasional bawdy joke, and he went out among regular folks,” Obama Thursday said on ESPN Radio’s “The Herd with Colin Cowherd.”

“One of the hardest things about being president is being in a bubble that is artificial. Unless you make a conscious effort, you start to sound like some Washington stiff,” Obama added. “So you got to consciously try to get out of that, if you want to remind yourself of the wonderful people you are supposed to be serving with a sense of humor and aren’t thinking every day of position papers.”

O’Reilly, the Fox News host and co-author of the book “Killing Lincoln,” was unimpressed by Obama’s appearance on Zach Galifianakis‘ surreal talk show, calling it “a little desperate.”

Stephen Colbert also mocked Obama for the appearance — but Colbert is a comedian.