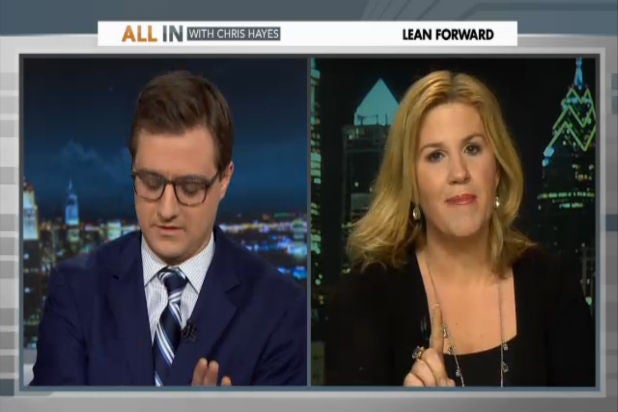 The life of political pundits can be tough especially when they lose their cool on live TV.

Such was the case for Obamacare critic Jennifer Stefano of Americans for Prosperity when she appeared on MSNBC’s “All In With Chris Hayes” Wednesday night. The interview, which addressed the two-week extension of the Obamacare enrollment deadline, started off on a somewhat friendly tone.

Also read: MSNBC’s Joy Reid Dishes on New Show: ‘We Have to Have Republicans at the Table’

Hayes asked, “Why does extending the deadline for two weeks take away the choices you have for your children,” something Stefano had stated and she answered saying President Obama had lied to mothers who had voted for him.

But when Hayes later asked why her organization and others were waking up and looking for ways to go to war against Obamacare, Stefano grew enraged.

And then Stefano took the debate somewhere else entirely. “How dare you, like Harry Reid, try to undercut the voice of a woman simply because she disagrees with you,” she said. “How dare you!”

No word yet on if Stefano will appear on Hayes’ show again. But if this is exchange is any indication, it’s highly unlikely. Check out the video below: