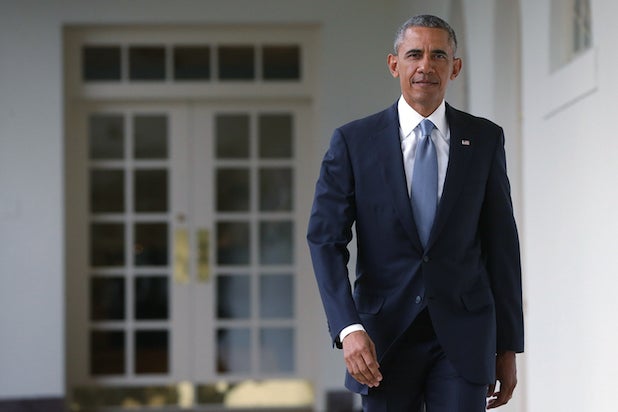 President Barack Obama’s final State of the Union speech was a call for tolerance and a rebuke to Republican critics who he says overstate America’s problems.

Without using names, he tried to offer himself as a stark contrast to Donald Trump, the Republican phenomenon who has been one of his biggest critics and spent years hounding him with unfounded claims he was born in Kenya.

In many ways, he seemed like the Obama who Americans got to know in 2008, before he settled into the drudgery of political fights with opponents determined to block his agenda. He was optimistic and passionate, trying to secure his legacy and help rally support for a Democratic candidate in 2016.

Here is our running commentary on the State of the Union moments that Americans will be talking about Wednesday morning:

6 p.m. PT/9 p.m. ET: Obama enters. One seat has been left open to symbolize victims of gun violence. It’s just one way Obama is prioritizing gun control. Among his guests are Connecticut Gov. Dannel Malloy, who was able to pass gun-control legislation after the Sandy Hook killings.

6:04: CNN commentator says the mood in the room is, as Trump likes to say, “low-energy.”

6:05: Obama is introduced. He enters shaking hands and looking happy, relaxed. He should be: He never has to do this again.

6:11: Obama opens with a joke: “For this final one, I’m going to try to make it a little shorter. I know some of you are antsy to get back to Iowa. I’ve been there. I’ll be shaking hands afterwards if you want some tips.” This routine, believe it or not, was in his prepared remarks.

6:12: He hopes Democrats and Republicans can “surprise the cynics” by working together on problems like prescription drug abuse. He also want equal pay, to fix our immigration system, and to control gun violence.

6:14: CNN cuts to Bernie Sanders, one of the folks hoping to get back to Iowa.

6:15: Obama says Americans have overcome our fears before, and can do it again: “We did not, in the words of Lincoln, adhere to the dogmas of the quiet past.”

6:18: Donald Trump doesn’t appear in  Obama’s prepared remarks, but Obama seems to be tacitly criticizing Trump when he says Americans are too good to give in to their fears.

6:19: Does anyone else kind of miss John Boehner’s orange, comically dispassionate face over Obama’s shoulder? New House Speaker Paul Ryan is looking on the president with what might best be described as “skepticism.”

6:22: Joe Biden, meanwhile, has mastered the stoic, I-believe-what-I’m hearing face. Is any part of him wishing he’d decided to run for president this year?

6:24: Modest applause break for the line, “we have to make college affordable for every American.”

6:30: Obama is engaging in what his critics will likely deride as class warfare, as he calls out the differences between the rich and poor to make the case for more government intervention to ensure fairness. He gets lots of applause for his line that people on food stamps didn’t cause the last financial crisis: Wall Street did.

6:33: In his prepared remarks, Obama said “we” are Thomas Edison and the Wright Brothers and George Washington Carver, Grace Hopper and Katherine Johnson and Sally Ride. In his actual speech, he said “America” instead of we.

6:34: Biden has his work cut out for him: Obama just put him in charge of wiping out cancer.

Huge applause for the line: “For the loved ones we’ve all lost, for the family we can still save, let’s make America the country that cures cancer once and for all.” So there is something Democrats and Republicans can unite against.

6:37: Big applause from Democrats for Obama’s call to cut carbon emissions — but Ryan doesn’t put his hands together.

6:39: Obama says all the claims about America’s enemies getting stronger while we get weaker are “hot air.” He’s talking about Trump again, as well as several other Republican presidential candidates.

He notes that America is still the biggest military power in the world. “It’s not even close,” he says three times.

6:40: Standing ovation for Obama saying our troops are the best on earth.

He also gives a concise bit of geopolitical analysis: “We’re threatened less by evil empires and more by failed states.”

6:43: He says talk that this is World War III is “over-the-top,” adding that ISIS fighters in pickup trucks “do not threaten our national existence.”

“We don’t need to build them up,” he says, suggesting boosting terrorists only helps their recruitment efforts. He adds that ISIS are mere “killers and fanatics” who do not represent Islam.

6:45: He tells Congress to put its money where its mouth is by taking a vote on authorizing force against ISIS.

6:46: Obama plays the oh-did-you-forget-who-I-killed card: “If you doubt America’s commitment — or mine — to see that justice is done, ask Osama bin Laden.”

6:48: It’s not World War III, but Obama is waging a war on hyperbole. He’s saying essentially, Yes, we have economic and national security issues, but don’t overstate them: We’re better off than we were when I took office. (Wait, did we call it a war on hyperbole? Maybe an overstatement.)

6:55: Huge applause for this: “When politicians insult Muslims… when a mosque is vandalized or a kid is called names, that doesn’t make us safer. … It betrays who we are as a country.” This is clearly directed at a certain former “Celebrity Apprentice” host.

6:58: Obama says “Our public life withers when only the most extreme voices get all the attention” but refrains from saying “mmmmkay news media?”

7:01: The president says we need to end gerrymandering and get big money out of politics, and that he plans to travel the country this year to help accomplish this. If he’s looking for a big cause post-presidency, he couldn’t choose a more ambitious one than this.

7:06: A poetic line: He praises “voices of unarmed truth and unconditional love.”

7:09: Last line: “I am as confident as I have ever been that the State of our Union is strong!”