“Pen15” star Maya Erskine has joined the cast of Disney+’s upcoming “Obi-Wan Kenobi” series, an individual with knowledge of the project told TheWrap.

Erskine will appear in three episodes of the upcoming “Star Wars” series, though further character details are not known at this time. 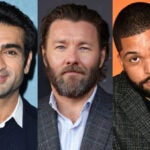 The story for “Obi-Wan Kenobi” begins 10 years after the dramatic events of 2005’s “Star Wars: Revenge of the Sith” where Jedi master Kenobi (Ewan McGregor) faced his greatest defeat: the downfall and corruption of his best friend and Jedi apprentice, Anakin Skywalker, who turned into evil Sith Lord Darth Vader (Hayden Christensen).

“Obi-Wan Kenobi,” which will begin production in April, marks the returns of McGregor and Christensen to their respective iconic “Star Wars” roles.

Deadline was first to report on Erskine.