A respected children's advocate and philanthropist in her own right, Daly had been battling pancreatic cancer. 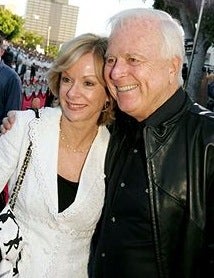 Daly first got involved working for neglected and abused children after visiting the former MacLaren Children's Center, in 1979. Appalled by the conditions, she helped found United Friends of the Children to aid youngsters in foster care.

She later worked to establish the county Department of Children and Family Services and served on its advisory commission, as well as the county's Family Preservation Program and the Children's Action Network, which sponsored briefings for the entertainment industry on children's issues.

In 1989, she was appointed to the President's Commission on Children.

Born June 11, 1941, in Tenafly, N.J., she met Daly while she was a secretary at CBS. They married in 1961, and a few years later she quit work to start a family. They moved to California in 1978, when Daly was named president of CBS’ entertainment division.

She met Riordan, then a prominent L.A. lawyer, around 1989, when she asked him to help pay for a computer reading lab for MacLaren, and they reconnected a few years later when she called on him to donate to an immunization program for children of low-income families.

Two years later, after filing for divorce from Daly, Riordan her a Christmas party at Union Station. They married in 1998.

After becoming mayor, he appointed her to a new city commission on children and families. She also oversaw the restoration of Getty House in Windsor Square.

Even after Riordan left office, she remained active. In 2002, she went to the White House for the signing of the re-authorization of the Safe and Stable Families Act; in 2003, she co-chaired, with former Assembly Speaker Bob Hertzberg, a committee to oversee the spending of tobacco tax funds to help send all 4-year-olds in the county to pre-school.

She and Riordan legally separated in 2007.

She is survived by three grown children, who were with her when she died – while traveling back to L.A. from New York, in a motor home – and five grandchildren.