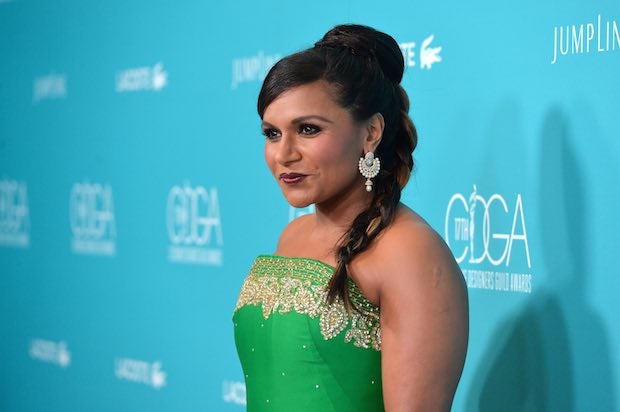 “Ocean’s 8” star Mindy Kaling had some salt for white male film critics during a recent interview, criticizing the lack of diversity in film criticism and how that affects the reception of works featuring non-white and female performers.

“If I had to base my career on what white men wanted I would be very unsuccessful,” said Kaling in an interview with Yahoo. “So there is obviously an audience out there who want to watch things like [Ocean’s 8], what I work on, what Sarah [Paulson] works on.”

Kaling added, “And the thing about so much of what this movie is, I think white men, critics would enjoy it, would enjoy my work, but often I think there is a critic who will damn it in a way because they don’t understand it, because they come at it at a different point of view, and they’re so powerful, Rotten Tomatoes.”

Also Read: Mindy Kaling Not Sure If Rihanna Knows Who She Is - Even After 'Ocean's 8' Team-Up (Video)

“Am I saying I hate white dudes? No, I am not,” Larson said Wednesday night when accepting the Crystal Award for Excellence in Film at the Women in Film Lucy and Crystal Awards. “What I am saying is if you make a movie that is a love letter to women of color, there is an insanely low chance a woman of color will have a chance to see your movie, and review your movie.”

Larson noted a recent study from the University of Southern California’s Annenberg Inclusion Initiative, which found that more than 63 percent of film critics are white and male, and only 18.1 percent were white and female (Dr. Stacy L. Smith, one of the authors of the study, is pictured above with Larson).

Even fewer — only 4.1 percent — were women from underrepresented groups, according to the study.

“I don’t need a 40-year-old white dude to tell me what didn’t work about ‘A Wrinkle in Time,'” Larson added. “It wasn’t made for him. I want to know what it meant to women of color, biracial women, to teen women of color.”

Larson went on to say that while “it sucks that reviews matter,” the fact that reviews can greatly help or hurt a film’s success is just that — a fact of the industry.

“Good reviews out of festivals give small independent films a fighting chance to be bought and seen. Good reviews help films gross money, good reviews slingshot films into awards contenders,” the Oscar winner said. “A good review can change your life. It changed mine.”

Larson said that both the Sundance and Toronto Film Festivals will allocate at least 20 percent of press credentials to underrepresented journalists moving forward.

“I hope this is just the start. I hope there are more opportunities for these critics and journalists,” she said.

The Scene at the Power Women Breakfast NYC (Exclusive Photos)