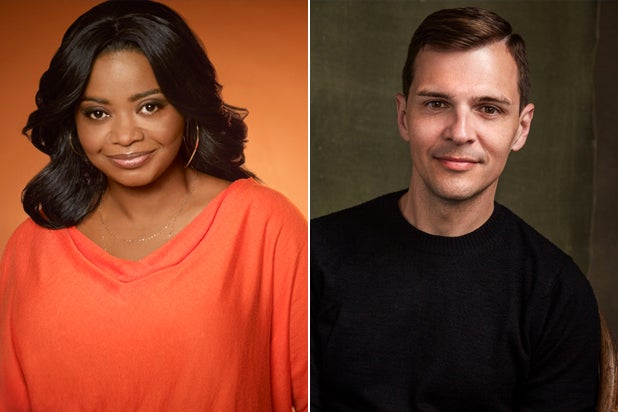 Octavia Spencer has launched her own production company and signed a three-year pod deal with 20th Century Fox Television, the studio announced on Monday.

Formed with WME agent Brian Clisham, Orit Entertainment aims to produce television and film projects “that inspire, uplift and most importantly, entertain — very much in the same fashion as the diverse slate of movies and series that have defined Octavia’s career as an actor and producer thus far,” according to the announcement.

Under their deal with 20th, Orit will develop and produce shows for the studio across all genres and platforms.

“I decided to partner with Brian because, as an agent, he was instrumental in shaping my career,” Spencer said in a statement. “He has always understood my desire to work with a diverse group of talent both in front of and behind the scenes. I trust his taste and his counsel and know he will thrive in this new role. We are always on the same page and most importantly, have a lot fun!”

“It’s no surprise to me that Octavia went from a ’20 year overnight success’ with ‘The Help,’ to a bona fide multi-hyphenate,” added Clisham. “Octavia doesn’t just think like an actor – she sees every project through the lens of a producer, studio executive, awards consultant, cinematographer… you name it. Her creative and business acumen have led her to this moment, and I’m honored she wants to partner with me in this new chapter to continue the success we’ve built together over the past 9 years.”

Spencer is set to star in and executive produce the eight-episode Apple project “Truth Be Told” and the Netflix limited series “Madam CJ Walker.”

“Brian and I couldn’t be more excited to partner with the most prolific television studio in town,” added Spencer. “In the ever shifting distribution landscape, having the taste, expertise and guidance of Peter Rice, Dana Walden, Jonnie Davis and Howard Kurtzman, and their teams, by our side, we are set up to succeed on every level.”

“Octavia is so impressive,” said Jonnie Davis, president of creative affairs for 20th Century Fox TV. “Not only is she a spectacular talent as a performer, but she has also amassed a body of work that speaks to her taste in material and creative and commercial instincts. Every project she signs on for is interesting and unexpected, and when she told us she and Brian wanted to develop projects for television, we were instantly on board to be their studio. We think her company is really going to make a mark.”