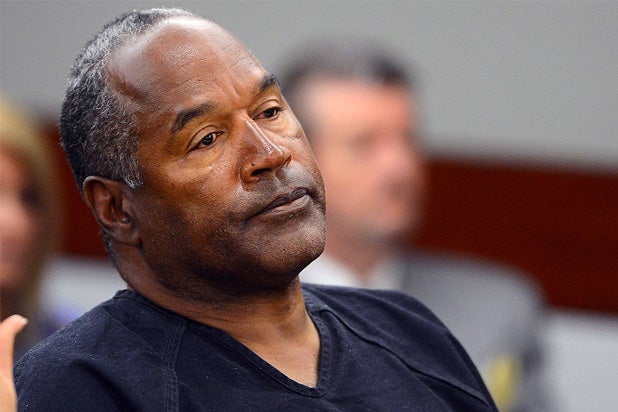 “He was acquitted, and he doesn’t have to acknowledge his guilt, which I think was completely obvious,” said Toobin on CNN about the murders of Nicole Brown Simpson and Ron Goldman.

The legal analyst’s book about the Simpson case was adapted as the FX series “The People v. O.J. Simpson: American Crime Story.”

Simpson was granted parole by the Nevada board on Thursday, nine years after he was convicted in a robbery case. The retired NFL star will be free October 1.

Play this on LOOP! Tell us how you really feel about OJ @JeffreyToobin @cnn dont drop the mic just yet. #OJSimpsonParole pic.twitter.com/3oANiWCrKk