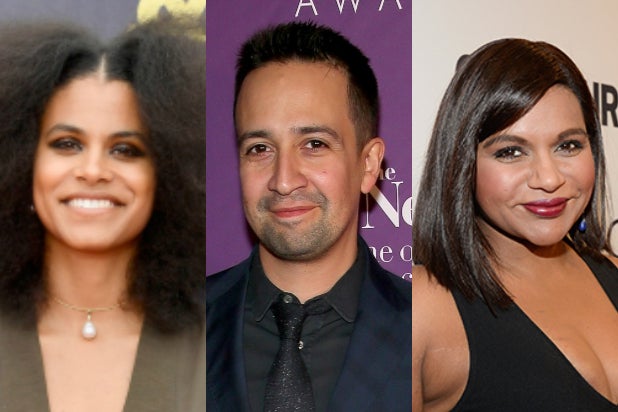 Oscar producers Lynette Howell Taylor and Stephanie Allain announced the second round of presenters for the awards show which airs on Feb. 9.

“We’re excited to welcome these talented artists to help celebrate this year’s movies,” said Howell Taylor and Allain. “Each brings their own unique energy and appeal to our global audience.”

They join Olivia Colman, Rami Malek, Mahershala Ali and Regina King, who were announced as the first round of presenters. It’s an Oscars tradition that the acting awards are by last year’s winners.

“We love the tradition of having the previous year’s Oscar-winning actors on stage to celebrate the achievements of their peers and are thrilled to welcome back these four great talents,” read a statement from Howell Taylor and Allain.

Also Read: Dr Amani Ballour, Subject of Oscar-Nominated 'The Cave,' Receives Heroism Award - But Is Still Barred From US

Three of the four actors won their Oscars for playing real-life roles. Malek won Best Actor for his performance as Queen vocalist Freddie Mercury in “Bohemian Rhapsody,” while Colman pulled off a surprise victory for Best Actress for her satirical take on Queen Anne in Yorgos Lanthimos’ “The Favourite.”

In the supporting categories, Ali won his second Best Supporting Actor Oscar for his work as jazz musician Dr. Don Shirley in the Best Picture-winning “Green Book,” joining his victory in 2017 for his performance in another Best Picture winner, “Moonlight.” Speaking of “Moonlight,” the director of that film, Barry Jenkins, directed Regina King in her Best Supporting Actress winning performance in “If Beale Street Could Talk.” She played Sharon Rivers, who fights to get her daughter’s soulmate freed after he is falsely convicted on rape charges.

The tradition of acting Oscar winners presenting awards a year later has gone back decades but has hit a snag in recent years. Last year’s supporting role winners Sam Rockwell and Allison Janney were not initially asked to present the awards, but were later invited after a tweet from Janney noting the lack of contact from Oscar producers prompted a backlash.

In 2018, Best Actor winner Casey Affleck announced that he would not present or even attend the Oscars that year, saying he did not want to distract from the actors being honored. Affleck reached settlements with two women in 2010 who accused him of sexual harassment, accusations that resurfaced both before and after Affleck’s Oscar victory for “Manchester By The Sea.”