Olivia Colman will star as Miss Havisham and Fionn Whitehead will star as Pip in a new adaptation of the Charles Dickens classic “Great Expectations” for FX and the BBC. 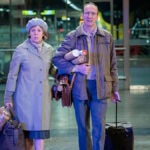 “Great Expectations” will be produced by FX Productions in association with the BBC, Scott Free and Hardy Son & Baker. Lucy Forbes will serve as the lead director for the series.

Both “Great Expectations” and “A Christmas Carol” are the first of a series of adaptations of Dickens’ novels as commissioned by Piers Wenger, director of drama and Charlotte Moore, chief content officer at the BBC and FX.

Olivia Colman is Oscar-nominated for her work in “The Lost Daughter” and will next be seen in the comedy “Joyride,” as well as Sam Mendes’ “Empire of Light” and “Wonka” with Timothee Chalamet. She’s represented by ICM in the U.S. and United Agents in the U.K. 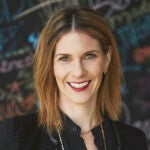 Whitehead, who is known for roles in “Dunkirk” and “Bandersnatch,” will next be seen in “The Duke” from the late Roger Michell. He is represented by Curtis Brown Group, United Talent Agency and Goodman, Genow, Schenkman, Smelkinson & Christopher.