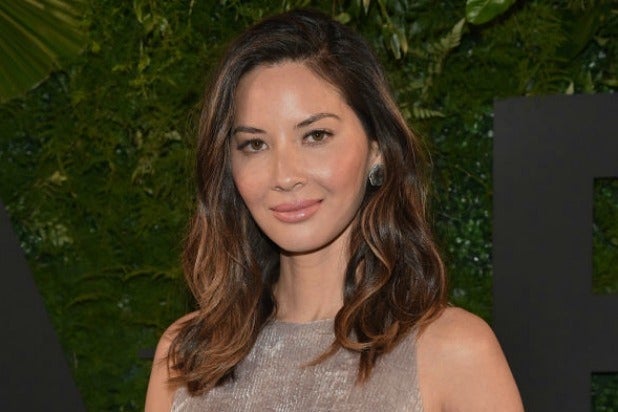 Olivia Munn says she feels ostracized by her fellow “The Predator” castmates after speaking out about convincing Fox to remove a scene from the monster movie that she unknowingly did with a registered sex offender.

This past week, Los Angeles Times reported that director Shane Black had cast longtime friend Steven Wilder Striegel for a cameo role in “The Predator,” as he had done for past films. The scene was a short, three-page dialogue between him and Munn.

But after shooting wrapped, Munn discovered that Striegel had pled guilty to two charges in 2010 after being accused of sexually propositioning a teenager by email. After notifying Fox of Striegel’s history, the scene was removed.

Black, Munn, and the film’s cast — including Boyd Holbrook, Trevante Rhodes and Keegan Michael-Key — gathered this weekend at the Toronto International Film Festival for the film’s premiere, but in an interview with Vanity Fair, Munn said that she has been left on her own to discuss the removed scene with reporters, with one co-star even walking off an interview he was doing with Munn when the topic was brought up.

“I kind of feel like I’m the one going to jail,” Munn said. “I didn’t go to jail, I didn’t put this guy on our set. I had this scene deleted. Thank God, honestly, that there is social media. It’s the fans and news outlets that’s confirming it to me that what I did was the right thing. If I didn’t have that feedback, I’d kind of go a little crazy thinking, Why am I being treated like this? That’s not O.K., to feel like the bad guy.”

Munn also said that at the premiere, Holbrook, Rhodes and Michael-Key all gave Black a standing ovation, though no one else in the theater followed suit. She added that when the L.A. Times released their story, she reached out to the rest of the cast and encouraged them to release their own statements, but none chose to do so.

Representatives for the three actors did not immediately respond to TheWrap’s request for further comment. “The Predator” will be released in theaters this Friday.