Olivia Wilde’s “Don’t Worry Darling” will be released on Sept. 23, 2022 in theaters exclusively, the director announced on Monday.

BAFTA-nominated screenwriter Katie Silberman wrote the screenplay based on a spec script by Shane and Carey Van Dyke. Vertigo Entertainment’s Roy Lee and Miri Yoon will produce with Wilde and Silberman. 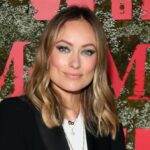 This is Wilde’s follow up to her directorial debut “Booksmart” in 2019, which won an Independent Spirit Award for Best First Feature. Her next projects include “Perfect” for Searchlight, and she is currently filming Damien Chazelle’s “Babylon.”

See a teaser for “Don’t Worry Darling” below.