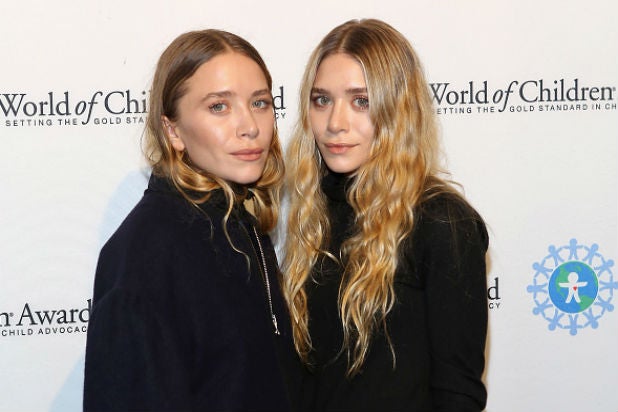 Mary-Kate and Ashley Olsen have said they will wait to speak with Bob Saget before deciding whether to join the planned Netflix “Full House” reboot.

“I’m going to call [Saget] and get his perspective,” Ashley said during an interview with both twins in Women’s Wear Daily.

The sisters and entrepreneurs also said that they had no idea a reboot was in the works until John Stamos revealed the news on “Jimmy Kimmel Live.”

See Photos: Big Screen to Small Screen: 27 Movies Being Made Into TV Shows

“We just found out about it today. I guess we’re going to talk to the creators and see what’s happening,” Mary-Kate said during the interview late Tuesday. “I’m shocked I haven’t heard from John [Stamos].”

Titled “Fuller House,” the multi-camera project would include Candace Cameron Bure and Jodie Sweetin, reprising their roles as D.J. and Stephanie Tanner, respectively, 20 years after the original ABC series ended in 1995.

Andrea Barber would also return to the role of D.J.’s best friend and Tanner Family annoyance, Kimmy Gibler, in a series regular role, while Stamos will serve as an EP and guest star as Uncle Jesse.

On the sequel series, D.J. is now a veterinarian, pregnant and recently widowed, still living in San Francisco. Stephanie, an aspiring musician, and Kimmy, now a single mother herself, along with Kimmy’s teenage daughter Ramona, all move in to help take care of D.J.’s two boys — the rebellious 12-year-old J.D. and neurotic 7-year-old Max — and her soon-to-arrive baby.

Also Read: 'Full House' Star Lori Loughlin Reveals Reboot Dealmaking Drama: 'They Only Made Deals With Half the Cast'

Netflix said in a statement that negotiations with the rest of the original cast — including Lori Loughlin (Rebecca Katsopolis), Bob Saget (Danny Tanner), Dave Coulier (Joey Gladstone), and the Olsens– are ongoing.

The sisters took turns playing Michelle, the youngest daughter of the Tanner family in the hit ABC sitcom. After the show ended, the two went on to found Dualstar, which produced all of the twins’ movies, TV shows, and related products. The success of the Olsen Twins brand led to them being named among the wealthiest women in entertainment.