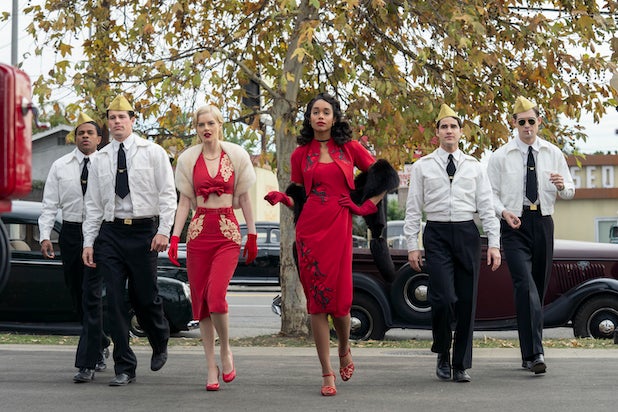 As with Hollywood film studios, TV executive ranks are still dominated by white men, according to UCLA’s annual Hollywood Diversity Report. The finding mirrors a greater lack of women and people of color in other decision-making positions despite gains in on-screen representation across the last two TV seasons.

As of this year, white people made up 92% at the chairman/CEO level, while men accounted for 68%. Senior executives and unit heads were also predominantly white and male, according to the study, sitting at 84% white and 60% male, and 87% white and 54% male, respectively.

“There has been a lot of progress for women and people of color in front of the camera,” said Darnell Hunt, one of the report’s co-authors, in a statement. “Unfortunately, there has not been the same level of progress behind the camera. Most notably in the executive suite, there has been very little change since we began compiling data five years ago. That’s very telling, particularly in light of our current racial reckoning.”

UCLA’s 2020 Hollywood Diversity Report is the seventh in a series of annual studies produced by the university’s Institute for Research on Labor and Employment. The UCLA department of social sciences’s Hollywood Advancement Project began the series in order to explore the relationships between diversity and the bottom line in the Hollywood entertainment industry. The first part, which examined diversity at the major film studios, was released in February.

Women and minorities made gains in nearly all of the 13 TV employment categories tracked by the report, but the numbers still fall short of proportional representation, especially at the highest levels. Among series creators, women are underrepresented by a factor of two, while people of color are underrepresented by a factor of three to four, according to the study.

On a positive note, on-screen representation is approaching levels proportionate to the greater population (especially on cable and streaming), and behind-the-scenes roles like writers and directors have also shown year-over-year growth, the report said. But nearly every category examined still fell short of proportional representation.

Broken down by specific racial categories, Black actors have seen proportional or greater levels of success as series leads on cable and streaming, but Latinos and Asian Americans “remain significantly underrepresented in nearly all industry positions.” Similarly, the study found “minimal presence” for people of Middle Eastern and North African descent across the board, and “virtually zero representation” for Native Americans.

“Just as with film, it’s those at the top of the television industry who have the most power to foster talent and invest in programming,” said Hunt’s co-author Ana-Christina Ramon. “The underrepresentation of people of color in the executive suite as creators, writers, and directors is problematic, even if there are more people of color in acting roles, because their characters’ storylines may lack authenticity or will be written stereotypically or even ‘raceless’ if the disparity continues.”