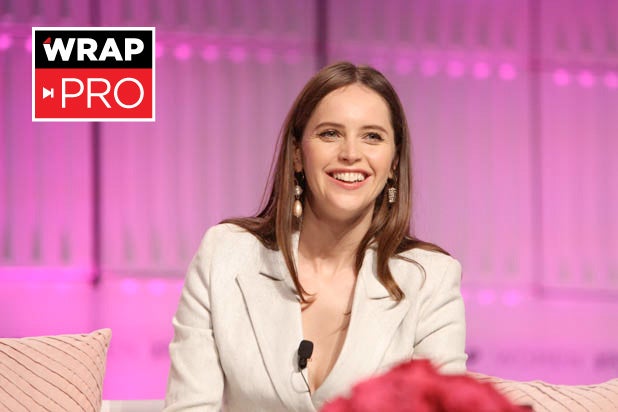 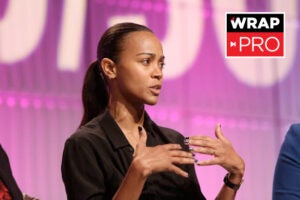 Power Women’s Summit: ”I feel Mimi had an innate understanding of what Ruth went through,“ star of upcoming Ruth Bader Ginsburg biopic says

Oscar nominee Felicity Jones discussed preparing to play Ruth Bader Ginsburg at TheWrap’s Power Women’s Summit in Los Angeles on Friday. She also showered praise on her director Mimi Leder, who helmed the upcoming biopic, “On the Basis of Sex.”

In the film, which will have its world premiere at AFI Fest next week, Jones plays Ginsburg decades before her appointment to the Supreme Court, back when she was on the rise as a promising young lawyer. Alongside her husband, Marty (Armie Hammer), she takes on what would become a landmark case in the fight against sex discrimination.

Also Read: Barbara Boxer: My Grandma 'Came to America in a Caravan of a Ship' (Video)

Dr. Stacy Smith, head of the USC Annenberg Inclusion Initiative, noted during her discussion with Jones at the Intercontinental hotel in downtown Los Angeles that the actress over-indexes against the industry average when it comes to actors who work with female directors. When asked what she took away from working with Leder, Jones said she has a quality that other directors and Hollywood need to embrace: patience.

“I feel Mimi had an innate understanding of what Ruth went through,” Jones said. “For so much of Mimi’s career, she’s had a balance of bringing up her daughter and having a career… I feel a lot of women have been in situations where they are breast pumping before they go on set have a big action sequence, and she understands the difficulty of that.”

Added Jones: “The film industry needs to adapt for a way of working that allows child care to be part of the system, because then we can forge a way where women can push into leadership roles with that level of support.”

When asked how she, a British actress, was able to step into the role of an American icon, Jones said she was able to turn her nationality into something that could connect her to Ginsburg rather than separate them, and that the script, written by Ginsburg’s nephew, Daniel Stiepleman, made the process even easier.

“I’m British, and I’m an outsider, and that’s what she felt starting her career as a lawyer. She too was an outsider, so psychologically that was my first root in.”

Jones said she was looking for a script about female ambition and a woman who was focused on her career. “That’s what I loved so much about the script, how verbal she was,” said Jones, adding, “I’ve read so many scripts in the past where I really have to work with directors to make sense of a female character and constantly asking questions.”

“On the Basis of Sex” will be released by Focus Features and opens in theaters on Christmas Day.