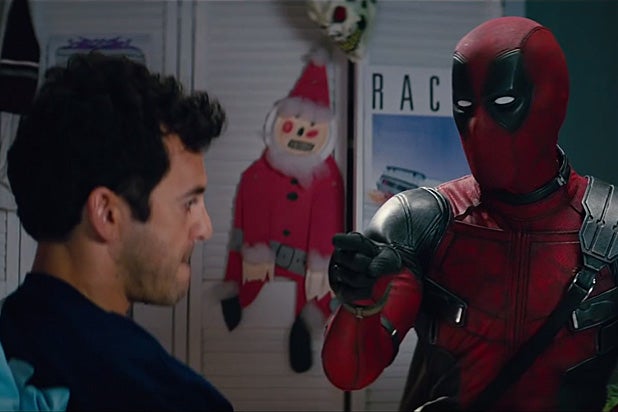 Rereleasing old films in new packages has been a popular practice throughout the history of cinema; B-movie distributors used to send features out on the drive-in circuit multiple times under various titles (this practice is the source of several jokes in “Grindhouse”), and 20th Century Fox once tried to recoup losses on the megabomb Julie Andrews musical “Star!” by trimming the running time and retitling it “Those Were the Happy Times.”

Fox is at it again with “Once Upon a Deadpool,” a trimmed-down-to-PG-13 version of “Deadpool 2” that will be in theaters from Dec. 12-24, with one dollar from every ticket sold going to the charity F— Cancer (which will be retitling itself “Fudge Cancer,” in the PG-13 spirit of the film, during the run).

The real selling point is the new interstitial sequences, in which Deadpool (Ryan Reynolds) takes a page from “The Princess Bride” and reads the film as a story to Fred Savage — only it’s 2018 Fred Savage, playing himself, kidnapped and strapped to a bed in a room that has been art-directed to be identical to the one from “Princess Bride.” In true “Deadpool” style, the movie shows you the joke, then tells you it’s a joke, then looks at the camera to make sure you got it. That sounds terrible on paper, but these movies somehow know how to make this brand of humor work.

Reynolds has this drily ironic fourth-wall business down pat, and Savage makes for an entertaining foil. If “Deadpool 2” gave Reynolds the excuse to look at the camera and say “Lazy writing” in regards to certain labored plot points, “Once Upon a Deadpool” lets Savage speak for the audience when mentioning, for example, that the film’s female lead Vanessa (Morena Baccarin) has been fridged, or that the backstory for time-traveling assassin Cable (Josh Brolin) is much more interesting in the comics.

All told, these charming sketches take up no more than about 20 minutes of screen time, and beyond that, you’re just watching “Deadpool 2” again, albeit with some of the violence trimmed, some of the coarse language covered up, and a brand-new, digitally-inserted tribute to the recently departed Stan Lee. As I noted in my original review, watching “Deadpool 2” the first time wasn’t all that different from watching “Deadpool,” so whether or not you’re up for another go-round is a matter of taste, as is whether or not you want to buy a ticket to see a movie ensconced in the ultimate DVD extra.

So since there’s no real point in reviewing “Once Upon a Deadpool,” here are a few thoughts regarding the experience of watching “Deadpool 2” again:

• I’m not a parent, but in the age of Netflix and iTunes and Hulu and very large multiplexes, is there really anything left these days to stand between an R-rated movie and a very determined 11-year-old?
• Parents who would like their younger kids to enjoy a superhero movie with self-aware humor, comics-insider jokes and meta-commentary should check out “Teen Titans GO! to the Movies.”
• Watching TJ Miller in anything is still really uncomfortable.
• I did not catch the Brad Pitt cameo until Reynolds and Savage stopped the movie to point it out.
• Zazie Beetz as Domino totally deserves her own spin-off. And even though the “Deadpool” movies have yet to go all-in on the character’s bisexuality, it’s great that they’re so supportive of Negasonic Teenage Warhead (Brianna Hildebrand) having a girlfriend.
• For me, the original “Deadpool” held up better for a second viewing, and that was on a plane.