Beyond the theater marquees, Hollywood landmarks and throwback fashion, Quentin Tarantino’s “Once Upon a Time…in Hollywood” is loaded with “an absurd amount of cars” all meant to capture the period feel of Los Angeles in 1969, according to the film’s picture car coordinator Steven Butcher.

Butcher said he located over 2,000 classic, vintage cars for the production, filling up city streets and parking lots in order to get the look just right. Butcher was 11-years-old growing up in LA in 1969 and has been working on cars on films for 30 years, and he says the average film that uses somewhere between 300-500 films doesn’t come close to the challenge he faced on Tarantino’s latest, but Butcher was still up to the challenge.

“I remember LA vividly. I grew up right outside of Culver City. I knew what the streets were like. I’m passionate about cars,” Butcher said. “So this was a real fit for me.”

Butcher’s job usually involves suggesting three or four different options for each of the “hero cars” driven by the protagonists in a film. Tarantino however naturally had a clear vision of exactly what he wanted before cameras started rolling.

For one, the 1966 Cadillac DeVille driven by Brad Pitt and Leonardo DiCaprio in the film already has a rich Hollywood history. That’s because the DeVille is the same one seen driven by Michael Madsen in “Reservoir Dogs,” fully restored for “Once Upon a Time…in Hollywood.” It’s not just the same make and model either. Madsen owns the car and had it in storage, and Butcher says his team pulled it out of the garage, gave it a fresh coat of paint and upholstery and even duplicated it.

Butcher said Tarantino originally wanted DiCaprio’s Rick Dalton to drive a 1959 Cadillac convertible. That car however would’ve cost $100,000. But it also made less sense for Dalton to be driving a 10-year old Cadillac when his character is still a working TV actor with some money saved up. So the Cadillac DeVille was not only a more cost effective choice, it made more narrative sense to the character. 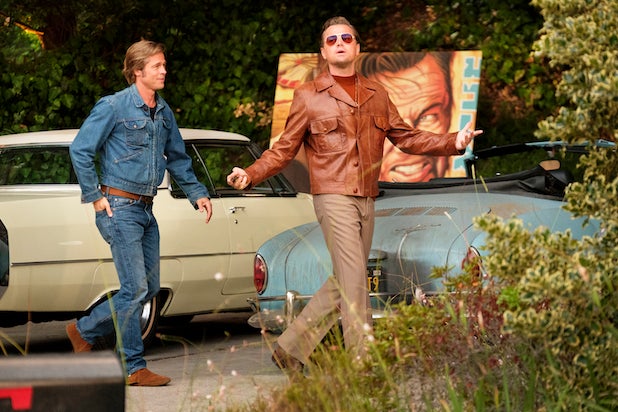 And the DeVille wasn’t even the only car that had a callback to a previous Tarantino film. You might also recognize Cliff Booth’s blue, 1964 Volkswagen Karmann Ghia as the same make and model of car driven by Uma Thurman in “Kill Bill,” i.e. the one that resulted in Thurman getting into a crash. Butcher said the reference is to a car Tarantino remembers from his childhood as opposed to that particular film. He added that the car was outfitted with a modern Subaru engine and was also duplicated with an automatic transmission in the event that Brad Pitt could not drive stick shift, though Butcher says Pitt can.

Then there’s the hero car driven by Roman Polanski and Sharon Tate, a 1950s MG TD. Tarantino wanted a ’30s roadster for the trendy European director, but Butcher decided to find a more contemporary car that looked like a ’30s roadster. Butcher toyed with the idea of other makes like a Morgan or a Triumph, but he settled on the MG when Tarantino sat him down to watch one of the films that served as an inspiration for “Once Upon a Time…in Hollywood’s” look, the 1969 film “Model Shop.” Lo and behold as they watched, they saw an MG TD on screen.

“I came up with the MG because they were very hot because in ‘Love Story,’ Ryan O’Neal drove around in one,” Butcher said. “I had never seen the movie, and he even said, ‘It’s like an omen to have that car.'”

Even the less flashy cars were rooted in a specific attention to detail. Did you see the Ford Galaxie driven by Manson family follower Tex Watson in the film? Yeah, they found that car too.

“That’s an actual replica of the real car they used to do the actual murders,” Butcher said. “I found the real car in a guy’s private collection. The guy wanted to rent it to us to use in the film. But I had a meeting with Quentin, and we talked about it and thought that would be creepy to have the real car on set.” 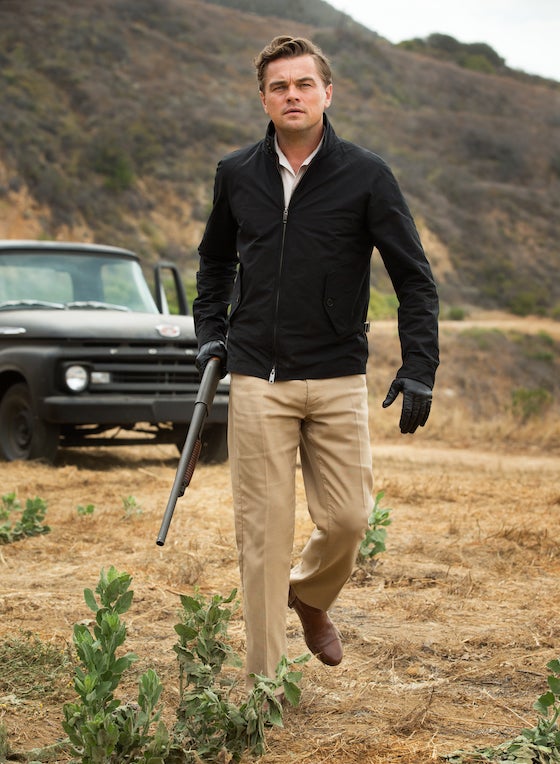 Or how about the truck DiCaprio leaps over while filming his episode of “FBI?” You guessed it. It’s a GMC military truck that Butcher said was “super rare” and would’ve been his biggest challenge to replicate accurately, but Butcher managed to track that one down too from a collector at an old movie ranch, much to Tarantino’s amazement.

Also Read: Bruce Dern Sympathizes With Rick Dalton in 'Once Upon a Time... in Hollywood': 'I've Been There'

“I showed him the footage and said, ‘Do you know where I can get this?’ And he actually brought me over to the truck that was in that episode. I couldn’t believe it! A 1960s episode of ‘FBI,’ this is exact truck they used in it,” Butcher said. “So I go back to Quentin and we were having a meeting, and I showed him the truck, and he flipped out. ‘You could find the Batmobile or anything like that, but to find some truck used in a random episode of something that was nondescript anything, that’s incredible.’ He was blown away.”

It’s not that Tarantino is specifically a car guy, but Butcher says in working with him on “Once Upon a Time…in Hollywood,” he can see his intense devotion to recreating a period in Hollywood that he clearly adores.

“He has that passion that I share with him,” Butcher said of Tarantino. “He’s an everything guy. It’s not just the cars, it’s the whole vision of everything he sees. If it was a sofa that somebody was sitting on, and we found the original sofa, he’d flip on that.”