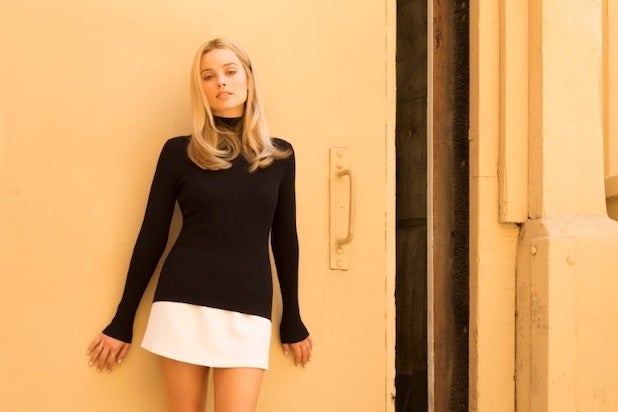 (Spoiler alert: Don’t read on if you don’t want to hear lots of details about Quentin Tarantino’s “Once Upon a Time… in Hollywood.”)

Quentin Tarantino’s “Once Upon a Time… in Hollywood” takes place around the time of the infamous Manson family murders of Sharon Tate and her friends under the dark influence of Charles Manson. The movie deviates — a lot — from what really happened on the night of Aug. 8, 1969, including in the moment when a young Manson follower bails out on her friends before the home invasion.

Did it really happen? Not exactly. But there’s a grain of truth. And seriously, stop reading now if you want to avoid spoilers.

In the film, “Tex” Watson and three female members of the Manson Family drive up to the residence of Tate and Roman Polanski at 10050 Cielo Drive in Benedict Canyon, Los Angeles. (The woman aren’t named, but they seem to be Susan Atkins, also known as Sadie, Patricia Krenwinkel and Linda Kasabian.)

They park the car at the bottom of the street and climb the steep road by foot, until one of the female members, played by Maya Hawke (daughter of “Kill Bill” star Uma Thurman), says she forgot her knife in the car and has to get it. She walks back to the car and drives off, leaving the three to carry out the crime by themselves.

In reality, no one bailed last minute, but there was one accomplice who didn’t take part in the actual murders. In “Helter Skelter: The True Story of the Manson Murders,” author Vincent Bugliosi, the prosecutor in the 1970 trial of Charles Manson, wrote that Kasabian never actually entered the Tate-Polanski residence. Kasabian, according to the book, agreed to testify at length about the Tate-LaBianca murders in exchange for immunity from prosecution.

See Video: 'Once Upon a Time in Hollywood': Margot Robbie, Brad Pitt, and Leonardo DiCaprio Prank 'Kimmel' on Way to Premiere

During Atkins’ testimony, she told the questioning attorney that Kasabian had stayed outside during the murders. And Bugliosi writes that Kasabian herself “admitted to being present at the Tate residence, but claimed she had not participated in the murders.”

Tex then told [Kasabian] to go back and wait by the car in the driveway. Linda did as she was told… Wanting ‘to stop what was happening,’ Linda said, ‘I started running toward the house.’ As she reached the walk, ‘there was a man, a tall man, just coming out of the door, staggering, and he had blood all over his face and he was standing by a post, and we looked into each other’s eyes for a minute, I don’t know however long and I said, ‘oh God, I’m so sorry.’ And then he just fell into the bushes. And then Sadie came running out of the house and I said, ‘Sadie, please make it stop! People are coming’ which wasn’t true, but I wanted to make it stop. And she said, ‘It’s too late.’

Linda turned and ran down the driveway. For what seemed like maybe five minutes, she hid in the bushes near the gate, then climbed the fence again and ran down Cielo to where they had parked the Ford…. She got in the car and had started the engine when ‘all of a sudden they were there.’

Later during the trial, Kasabian testified about “the cutting of the telephone wires; driving back down the hill and parking, then walking back up,” Bugliosi wrote.

At one point, and attorney asked Kasabian: “The fact that you were pregnant, wasn’t that the reason you stayed outside instead of going inside to participate?” She responded, “Whether I was pregnant or not, I would never have killed anybody.”

Bugliosi wrote that “there was no evidence whatsoever that Linda Kasabian had been inside the Tate residence or that she had seen Sharon Tate’s body.”

Manson was originally sentenced to death, but his sentence was commuted to life with the possibility of parole when the California Supreme Court’s People v. Anderson invalidated all death sentences prior to 1972. He served out his life sentence and died at age 83 in 2017. Tex Watson was found guilty of murder and imprisoned in 1971. Krenwinkel was also convicted of all counts and sentenced to death, which was also commuted to life in prison. Despite many parole hearings, she remains incarcerated. Atkins received the same sentence as Krenwinkel, but died in 2009.

Of course, in Tarantino’s movie, history gets rewritten.