The novelization of Quentin Tarantino’s “Once Upon a Time…In Hollywood” is here, with some shocking revelations about its amiable, hippie-beating hero, Cliff Booth.

Although the 2019 film shows the veteran stuntman — played by Brad Pitt in an Oscar-winning performance — casually exchanging blows with Bruce Lee and pounding the Manson Family to a pulp, many fans will be surprised to learn that not only has Cliff killed before, but many times.

One of the lingering questions posed by the movie was what exactly happened to Cliff’s wife, whose fate is hinted at in a brief, ambiguous flashback. If you believe the on-set gossip in the movie, then he did kill her. But if you’re like Cliff’s pal/employer Rick Dalton (Leonardo DiCaprio), then you’d much rather believe he saves his fists of fury for the bad guys. 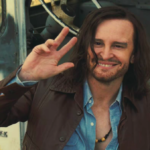 Well, according to the new novel written by Tarantino himself, Cliff did kill his wife.

In chapter 10, titled “Misadventure,” Tarantino fleshes out much of Cliff’s questionable past, first detailing the story of how he came into possession of his trusted dog Brandy (hint: there was some blood spilled) before launching into the juicy stuff.

“This wasn’t the first time Cliff committed murder and got away with it,” Tarantino wrote. “The first time was in Cleveland in the fifties. The second time was when Cliff killed his wife two years earlier. This was the third time, and Cliff got away with this one too.”

In a moment of rage (and classic bloody Tarantino fashion), Cliff shot his wife, Billie, with a shark gun while on a boat, the spear cutting her in half mid-torso.

“It wasn’t like he had plotted her murder,” Tarantino wrote. “It was practically the accident he claimed it was. One, it was a hair trigger. Two, it was more instinct than a decision. Three, was it a pull, or was it closer to a twitch? Four, it wasn’t like anybody was gonna miss Billie Booth.”

Immediately regretting what he’d done, Cliff pressed the two halves of Billie’s body together, managing to keep her alive until the Coast Guard arrived. He told the authorities that the shooting had been an accident, and with no cause to believe otherwise, they declared her death had been due to “misadventure.” However, the tight-knit Hollywood stunt community would always have their doubts about what really happened with the Booths.

Strangely, Tarantino dedicated the novel to Robert Blake, the actor who was acquitted of the 2001 murder of his wife Bonnie Lee Bakley following a highly publicized trial. Coincidence? Given the writer-director’s penchant for reimagining and remixing pop culture events, probably not. 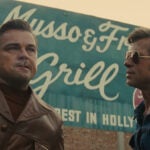 Also Read:
Musso & Frank, Iconic Restaurant Featured in ‘Once Upon a Time…in Hollywood,’ to Reopen Next Month
x