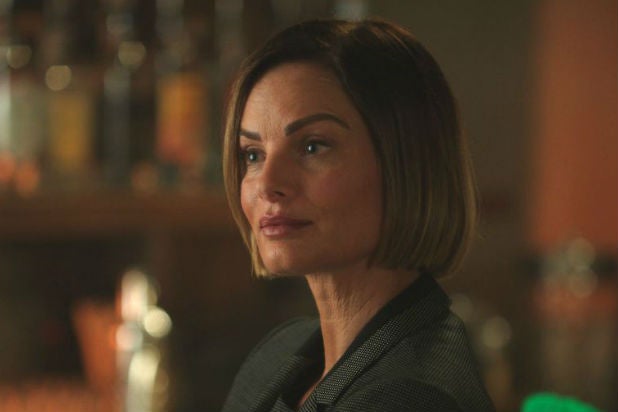 Is “Once Upon a Time” channeling Donald Trump with its Season 7 antagonist?

The ABC drama kicked off its latest run last week with a premiere that introduced viewers to Victoria Belfrey (Gabrielle Anwar), the alter ego of Cinderella’s stepmother who threatens to close down Roni’s (Lana Parrilla) bar in the present day. Series co-creators Eddy Kitsis and Adam Horowitz spoke to TheWrap about whether they intended for the villainous Victoria to have any parallels to the real-estate mogul who currently occupies the Oval Office.

“The show is not attempting to mirror current events in any direct way,” Horowitz said. “The show has always been about hope, and has always been about villains and heroes and how they go against each other, and Victoria is her own unique form of villain that’s different than what we’ve done before on ‘Once Upon a Time.'”

Also Read: 'Once Upon a Time' Creators on Why They're 'Nervous as Hell' About Season 7 Premiere

Kitsis pointed out that Victoria’s arc speaks to the season’s theme of community and the universal importance of sticking together, but he acknowledged that fans might see the show as particularly impactful in the Trump era.

“In today’s world, people are fighting, people are scared, and we feel as creators that these fairy tales are as relevant today as they’ve ever been,” Kitsis said. “So it’s not like we’re trying to be political, and it’s not like we’re trying to make a comment, but what we always are, is trying to find the good in everybody, and how can we all get along and be together. If there is lessons to be learned from that, then great.”

As far as what fans can expect in tonight’s Episode 2, there will be a visit from Emma (Jennifer Morrison), along with a look at the new cop partnership for Rogers (Colin O’Donoghue) and Weaver (Robert Carlyle) — a.k.a. Hook and Gold.

“Rumplestiltskin always seems to have a plan that we don’t know about, and we will be revealing that plan in the fourth episode,” Kistis said. “We’re going to find out all about captain hook in this week’s episode.”